"Baahubali: The Lost Legends is set before the Kalakeya invasion depicted in the movie, when Baahubali and Bhallaladeva are still both young princes of Mahishmati," a release said 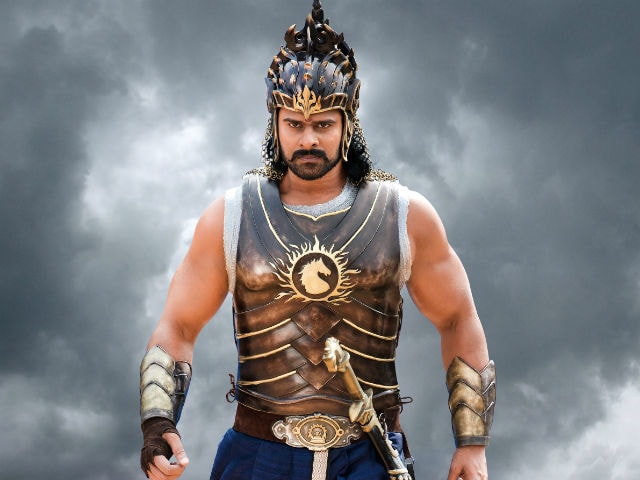 Prabhas in a still from Baahubali : The Beginning

Amazon Prime Video today said it has partnered with filmmaker S S Rajamouli, Graphic India and Arka Mediaworks to launch Baahubali: The Lost Legends a new animated series based on blockbuster film, Baahubali.
"The animation series will allow our customers to discover hidden stories and legends from the Baahubaliworld," Amazon Prime Video India Director and Country Head Nitesh Kripalani said.
"Baahubali: The Lost Legends is set before the Kalakeya invasion depicted in the movie, when Baahubali and Bhallaladeva are still both young princes of Mahishmati," a release said.
It said the animated series will feature new, never before revealed stories about the characters from the film, including Prince Baahubali, Bhallaladeva, Kattapa and Sivagami, as well as dozens of new characters that will expand the world of Baahubali and reveal hidden secrets for millions of fans.
The animated series was conceived by Rajamouli, Graphic India Co-Founder & CEO Sharad Devarajan and Arka Mediaworks, who will all be producers,along with Jeevan J Kang, Graphic's EVP (Creative) and lead character designer for the new animated series and Graphic's senior animation writer, Ashwin Pande.
"What we managed to showcase in the film was just the tip of the iceberg," Rajamouli said.
"From the minute I started working on this story, I knew the world of Baahubali can't be encompassed into a film or two, simply because there's so much more to tell and animation is another way to do that," he added.
Meanwhile, Baahubali: The Conclusion, which stars Prabhas, Rana Daggubati, Ramya Krishnan, Tamannaah Bhatia and Anushka Shetty is on the verge of finishing its shoot. The film will release on April 28, 2017.
(Except for the headline, this story has not been edited by NDTV staff and is published from a syndicated feed.)