Now, Karthi Wants To Play A Farmer To Inspire The Young Generation

"It should be an entertaining film but also shows what the state of agriculture in the country is today," said Karthi 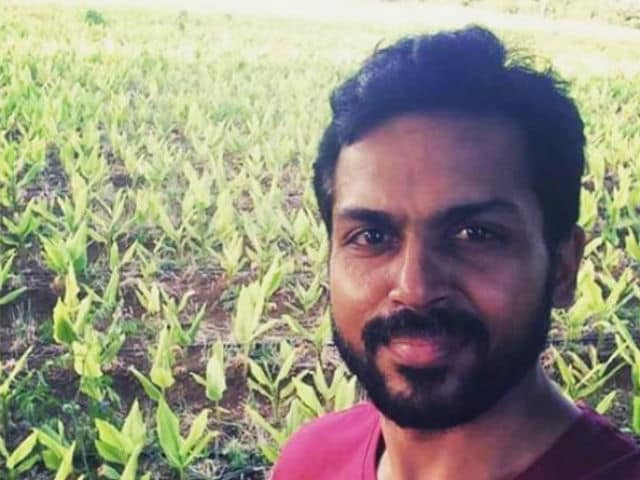 Actor Karthi Sivakumar is keen to play the role of a farmer to inspire the younger generation to take up agriculture and go back to their roots.
The 39-year-old actor, who has been in the film industry for a decade, says he now wants to take up challenging roles where he can do stories of people who are not often spoken about.
Giving an example, Karthi said the cause of farmers is something he really wants to take up so that "people start cherishing agriculture, like before."
"Our country is an agriculture-based country. And slowly we are forgetting our roots. That's definitely one of the causes where I want to act as a farmer. It should be an entertaining film but also shows what the state of agriculture in the country is today," he told PTI.
"And it should be a film of hope which inspires people to go back (to agriculture). I see many youngsters giving up their IT jobs and going to farming or taking up organic farming so that kids in future will stay a bit more healthier. That's one cause I really want to take up," Karthi said.
"There are scripts that are coming my way but I am waiting for one script which will be complete," Karthi said.
Asked about his next frontier, he said that "stabilising himself" and trying to do more exciting projects seems to be more important at the moment.
"I do stuff which I like to do, and something new to try every time. That's something which has been exciting always. So, continuing to do that is a challenge by itself," the actor said.
(Except for the headline, this story has not been edited by NDTV staff and is published from a syndicated feed.)