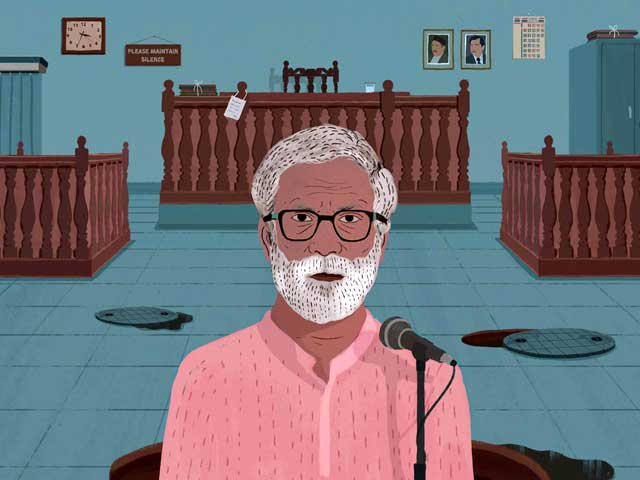 A still from Court

The Marathi courtroom drama Court is out of the Best Foreign Language Film category of the upcoming 88th Academy Awards. Nine films from countries like Ireland, France, Germany and Belgium have moved ahead to the next round of voting for the gala.
The list has been narrowed down from 80 films that were originally considered eligible, read a statement on the official website of the Academy of Motion Pictures Arts and Sciences.
Films that are still vying the Best Foreign-Language category include The Brand New Testament (Belgium), Embrace of the Serpent (Colombia), A War (Denmark), The Fencer (Finland), Mustang (France), Labyrinth of Lies (Germany) Son of Saul (Hungary), Viva (Ireland) and Theeb (Jordan).
The Best Foreign Language Film nominations for 2015 are being determined in two phases.
The phase one committee, consisting of several hundred Los Angeles-based Academy members, screened the original submissions in the category between mid-October and December 14. The group's top six choices, augmented by three additional selections voted by the Academy's Foreign Language Film Award Executive Committee, constitute the shortlist.
Out of these nine films, five will be chosen to compete in the category. The 88th Academy Awards nominations will be announced on January 14, 2016. The award ceremony will take place here on February 28.