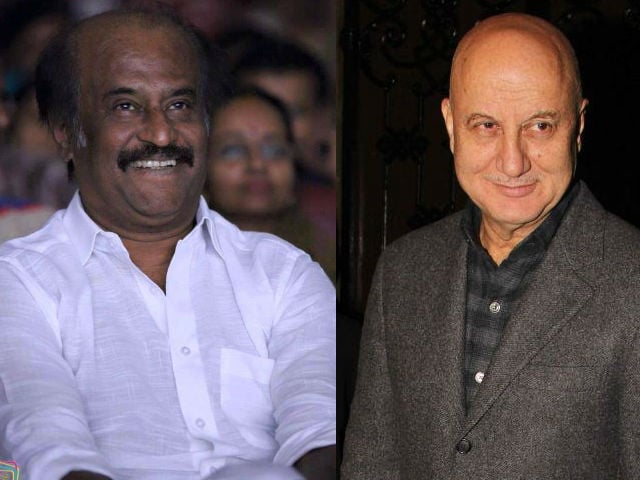 The image on left was posted on Facebook by

The Padma honours list this year is out. Tamil superstar Rajinikanth and media baron Ramoji Rao will receive the Padma Vibhushan, the country's second-highest civilian honour, reports news agency PTI. Rajinikanth, 65, received the Padma Bhushan in 2000. He is currently filming two movies - Kabali and the sequel to Enthiran - to be released this year.
Actor Anupam Kher and singer Udit Narayan will receive the Padma Bhushan. Mr Kher received the Padma Shri in 2004, Mr Narayan in 2009.
Mr Kher, who is currently attending the Jaipur Lit Fest, thanked the country for "the biggest award in (his) life" and said, "I thought about my journey - three years in Mumbai on the streets, sleeping on railway platforms. If a clerk's son can get the Padma Bhushan, anything can happen in life." Mr Kher also said he had a "responsibility towards society."
Priyanka Chopra and Ajay Devgn will receive the Padma Shri. Both actors have highly-anticipated films out this year - Priyanka stars in Jai Gangaajal, Ajay in Shivaay which he also directs.
A statement from Ajay Devgn read: "I feel deeply humbled yet elated to receive such honor from my own country. This announcement today makes it special for me when I'm filming abroad for my new film Shivaay. I'd like to acknowledge that Padma samman puts an extra responsibility on me and I promise to serve my country for as long as I can."
His wife Kajol, who received a Padma Shri in 20011, tweeted:


Another Padmashri in the family. Congrats to my other half with lots of love & pride ! @ajaydevgn