Padma Awards: Rajinikanth's Daughters and Dhanush Cheer Him on Twitter

The Padma Awards were handed out in two separate ceremonies. Actors Ajay Devgn and Anupam Kher and filmmaker Madhur Bhandarkar received their Padma Awards from President Pranab Mukherjee on March 28 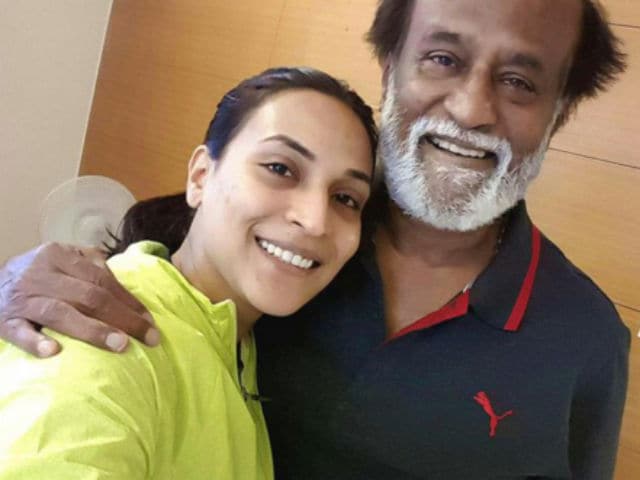 Tamil superstar Rajinikanth's Padma Vibhushan was cheered loudly on Twitter by his daughters Aishwaryaa and Soundarya on Tuesday. The 65-year-old actor received his award from President Pranab Mukherjee in a ceremony in New Delhi on Tuesday.
Within minutes #PadmaVibhushan was trending on Twitter.
Aishwaryaa, 34, tweeted:

Aishwaryaa is married to actor Dhanush, who also posted a congratulatory note:

At every given point in his life he reached such gr8 heights wid his hardwork,perseverance nd humility. #deservedpic.twitter.com/IBYR48geZh

Aishwaryaa's sister Soundarya provided a picture of Rajinikanth and wife Latha at the Padma ceremony.