Priyadarshan: Lissy and I are together 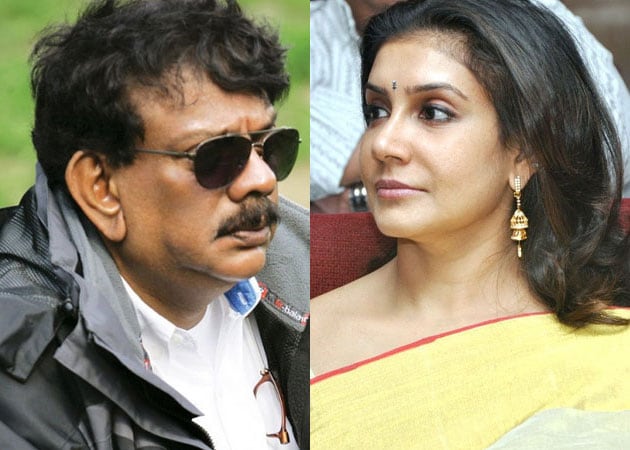 Priyadarshan and Lissy have been married for over 24 years now.

Reacting to rumours of a rift in his marriage, acclaimed filmmaker Priyadarshan has said that he is "very much together" with his wife Lissy.

Reacting to rumours of a rift in his marriage, acclaimed filmmaker Priyadarshan has said that he is "very much together" with his wife Lissy. He says arguments are a part of every couple's life, but "no one has the right to put our marriage on display".
The prolific filmmaker, who made Bollywood film Rangrezz last year, suddenly surfaced in the news this week with reports of a rift with his wife, former actress Lissy.
Breaking his silence on the matter, he says he has sorted out the problems with his wife. "I was shooting in the interiors of Kerala completely oblivious to the growing whispers about my marriage. Let me assure everyone, Lissy and I are very much together," he said.
Not that the National award winning filmmaker of Kanchivaram fame is denying differences with his better-half. He says they are normal domestic issues.
"Come on, which couple doesn't argue and fight? Sure, Lissy and I had some difference of opinion. It all started over a recent Celebrity Cricket League (CCL) match. But the argument was between us. Like any marriage, there are things that happen between a couple that should remain private. No one has the right to put our marriage on display without our knowledge," said the co-owner of CCL team Kerala Strikers.
He says he is in the dark as to who leaked out the information on his marital discord to the press. "Somebody definitely played dirty with us. And I suspect it is someone who is close to us," he said while sharing his suspicion that "one of our so-called friends has spread this lie about my marriage".
Next year, Priyadarshan and his wife will complete the silver jubilee of their marriage. "We've been married for 24 years. Next year we plan to have a grand silver jubilee celebration," he said.
Shocked by the divorce rumours, he says that "maybe in the entertainment business some people come together and separate as and when they wish", but "our marriage is built on a solid foundation".
"Lissy gave up her acting career to be my wife and to look after my home. She has given me a wonderful son. I can't express enough gratitude for her presence in my life. It's shocking to even mention 'divorce' in our marriage."