Priyanka Chopra Has A Cannes Connection This Year 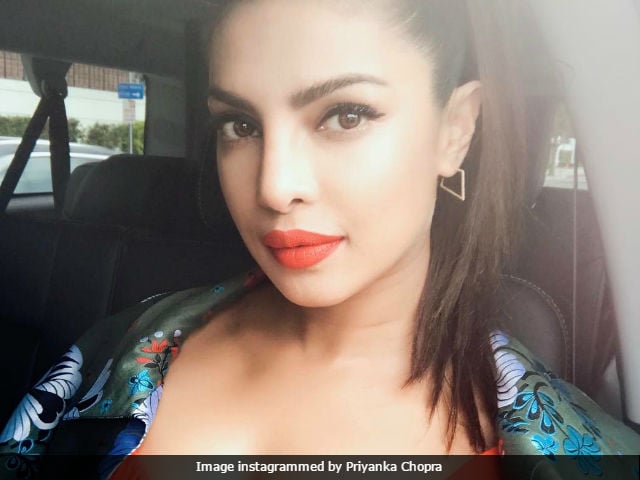 Actress Priyanka Chopra may not be attending the Cannes Film Festival but her film is. Priyanka Chopra recently backed Sikkimese film Pahuna, whose trailer will be screened at the 70th Cannes Film Festival. Priyanka Chopra co-owns Purple Pebble Pictures with her mother Madhu Chopra which financially backs regional films. The debut project of the production house, Marathi film Ventilator, recently won three National Awards. Pahuna director Paakhi A Tyrewala told news agency IANS that Priyanka saw the film as "world cinema" because it doesn't have "a regional market." Paakhi said: "It feels good to have somebody by my side who exactly understands it."
Talking about the boost Priyanka Chopra gave to the film, Paakhi told IANS: "When Priyanka got on board, things got very easy. The Sikkim government is almost like a co-producer of the film. The project started from March 2016. Priyanka got on board in December. She came to India and met me. Soon, the film's recce began and we started shooting in March. Priyanka as a producer is extremely supportive. She has a vision and sees the world very differently from most of the producers I've seen."
Pahuna, starring Amol Subba and Ishika Gurung, deals with issues of gender bias and idea of currency, the impact of older generation on the young generation and about the fear of the unknown. Paakhi said Pahuna, which means 'a visitor,' is an "international film."
Actresses Sonam Kapoor and Aishwarya Rai Bachchan are Cannes Film Festival veterans now and will be in attendance as part of L'Oreal family. Actress Deepika Padukone will join the entourage for the first time this year.
Meanwhile, Priyanka Chopra will be next seen in Hollywood film Baywatch as antagonist opposite Dwayne 'The Rock' Johnson and Zac Efron. The Seth Gordon-directed film releases on May 25.
(With IANS inputs)