"We are excited to be here in Toronto to launch the trailer of Sarvann with an audience who are true enthusiasts of Punjabi cinema. I love coming here and have always had such a warm welcome," Priyanka Chopra said in a statement 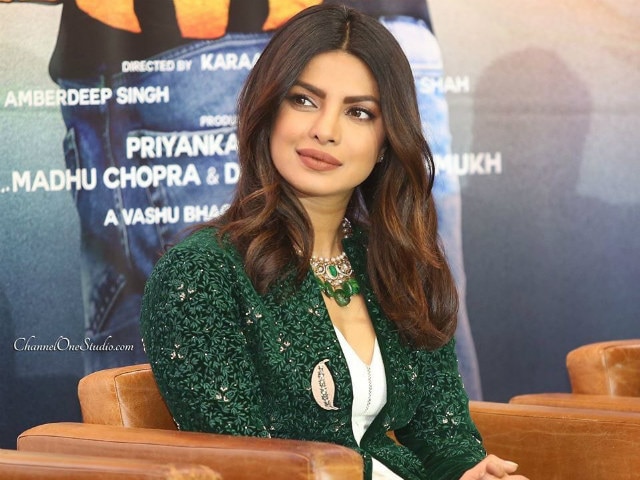 Actress Priyanka Chopra has unveiled the trailer of Sarvann, the Punjabi movie she produces, in Toronto. The star-studded trailer launch of the Punjabi film, co-produced by Vashu Bhagnani, was attended by senior members of the Parliament of Canada on November 20. "We are excited to be here in Toronto to launch the trailer of Sarvann with an audience who are true enthusiasts of Punjabi cinema. I love coming here and have always had such a warm welcome," Priyanka said in a statement.
"This film is part of Purple Pebble Pictures' commitment to providing a platform for great stories to be told, irrespective of language or genre. It's been a wonderful experience working with this entire team and I can't wait to share the film with the world," she added.
Punjabi singer and actor Amrinder Gill, who plays the lead in the film, was also present at the trailer launch.
He said: "It's a story of a man at a crossroad caught in a situation forced to choose between his heart and mind, right and wrong, realisation and redemption."
On behalf of Mr Bhagnani's Pooja Films', producer Deepshikha Deshmukh said that Sarvann is a story that needed to be told.
"My father and I believe that good stories must be backed. Sarvann is one such film and keeps with our endeavour to bring more such stories to newer audiences. I am glad to be associated with Priyanka Chopra and Dr Madhu Chopra again," said a statement.
"We also chose to do the trailer launch in Toronto because my father Vashu ji has always believed in changing marketing strategy with each film that we do," she added.
Priyanka's mother Madhu Chopra is the co-founder and Managing Director of Purple Pebble Pictures.
"Sarvann marks the beginning of a very special journey for us and what better way than to start with an audience here in Toronto. The entire team is very excited to share the first look of the film with hard-core fans of the vibrant Punjabi film industry," she said.
Sarvann is a coming-of-age story of a young man who discovers his identity, said the film's director Karaan Guliani.
The movie also stars Ranjit Bawa and Simi Chahal.