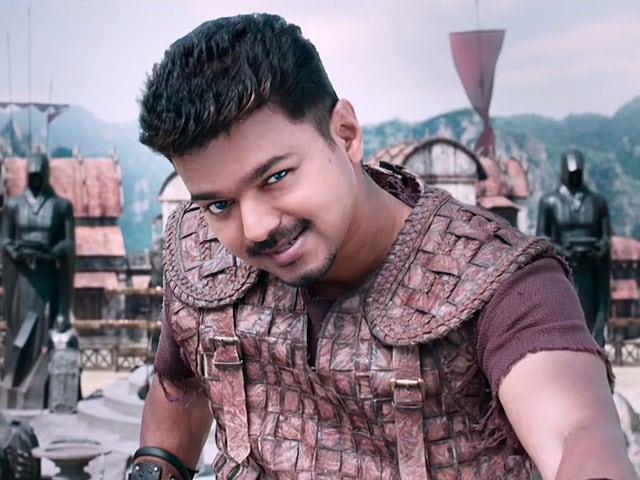 A still from Puli.

Earlier, the first teaser was leaked online hours before its official release

The makers of Tamil fantasy drama Puli, starring superstar Vijay, have lodged a police complaint against a few miscreants who are said to have leaked online a few stills from the movie.
"We have filed a complaint with city police commissioner S George. He has assured us that those responsible for the leak will be nabbed very soon," the film's director Chimbudeven told IANS.
"We had planned to officially release these stills. But somehow they were leaked without our knowledge," he said.
Said to be made on a lavish budget, the film also stars Bollywood diva Sridevi, Hansika Motwani, Shruti Haasan and Sudeep in important roles.
Earlier, the first teaser was leaked online hours before its official release.
"The person responsible for the teaser leak was arrested a few hours later. He was working as an intern at the studio where the film's teaser was cut," he added.
The film, which is likely to be released in Telugu and Hindi, is slated to hit the screens in September.