Puli's Second Trailer: So Much Sridevi. So Much Wow 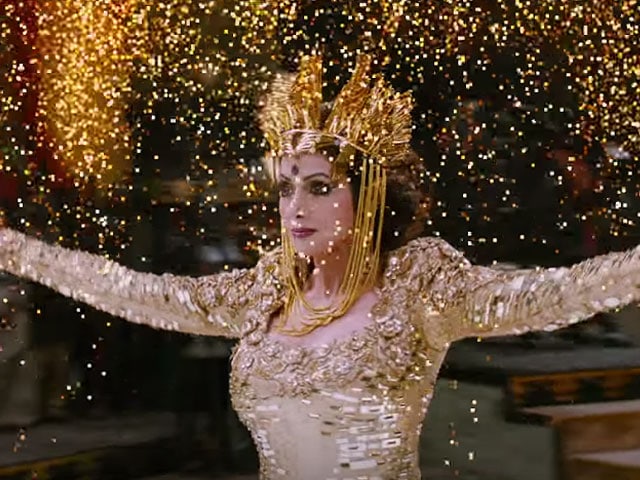 Sridevi in a still from Puli.

Sridevi is so spectacular she steals the show in this trailer. Of her role, Sridevi had said, "It's a character with multiple layers. I'm not playing a typical queen we read in fairy tales." This is Sridevi's comeback Tamil film, she was last seen in 1986 movie Naan Adimai Illai

The second trailer of upcoming fantasy drama film Puli released on September 24. The trailer features Vijay, Shruti Haasan and Sridevi - and how. Vijay is at the top of his game on the action front, but Sridevi provides a spectacle so spectacular that she completely steals the show.
Sridevi, who plays the role of a queen of an ancient kingdom, is shown in myriad moods - rage, manipulation and triumph. This is Sridevi's comeback Tamil film, almost 30 years since she starred in 1986 movie Naan Adimai Illai.
Of her role in Puli, Sridevi told news agency IANS: "This is the kind of the role you get once in a lifetime. It excited me so much that I jumped at the opportunity without much contemplation. Contrary to everything I've done so far in my career, what I've done in this film will always remain special." (Also Read: Puli Team Treated me Like Queen Off the Sets Too, Says Sridevi )
All she would say about the queen she plays was this: "It's a character with multiple layers. I'm not playing a typical queen we read in fairy tales." (Also Read: Sridevi Urges Fans to Watch Puli in a Sunday Tweet)
Meanwhile, a blue-eyed Vijay is seen performing top class stunts against trolls and warriors alike. He is seen conversing with a giant tortoise and also romancing Shruti Haasan.
The film, directed by Chimbu Deven is slated to release on October 1 in Tamil, Telugu and Hindi languages. (Also Read: Why Sridevi's Puli Has Been Postponed by Two Weeks )
Watch: