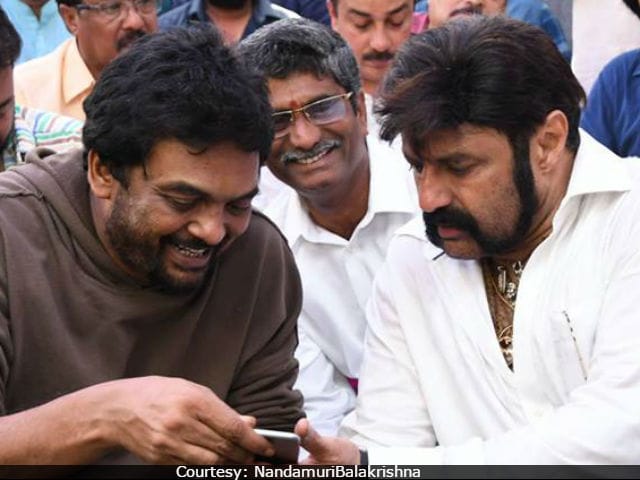 Puri Jagannadh, Nandamuri Balakrishna at the launch of the film (Courtesy:NandamuriBalakrishna)


Completed my 1st schedule of #NBK101 in a massive set n action sequence .. it's gonna be feast for all #NandamuriBalakrishna fans

Actor Sudheer Babu is rumoured to be playing the antagonist in the film. However, the leading lady opposite Mr Balakrishna hasn't been finalised as of yet. The film will be extensively shot in Spain and the project will be produced by Bhavya Creations, reported news agency IANS.
The makers of the project claim it to be a different film and will show Mr Balakrishna in a new light. "Balakrishna sir was on the lookout for a script that will feature him in a never-seen-before avatar and when Mr Puri pitched his story, he found just exactly what he was looking for and immediately gave his nod. A popular Bollywood stylist will be hired to take care of Mr Balakrishna's look in the film," Hindustan Times quoted a source as saying.
Puri Jagannadh is the director of hit films like Pokiri, Businessman and Temper. He is also prepping for another Telugu film Rogue.
Nandmuri Balakrishna was last seen in Gauthamiputra Satakarni, co-starring Shriya Saran, Hema Malini and Kabir Bedi.
The film is scheduled to hit the theatres in September.