R Madhavan shared the first poster of Vikram Vedhaon Twitter. The makers of the film will be releasing the teaser of the movie today 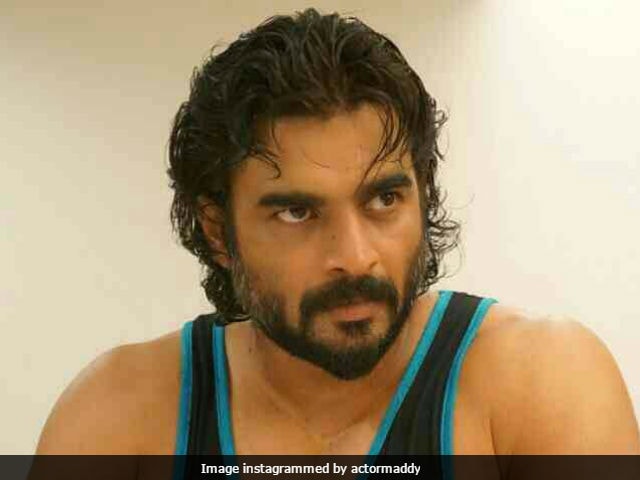 Actor R Madhavan unveiled the first poster of his Tamil film Vikram Vedha on Twitter on Wednesday. The film is being directed by Pushkar and his wife, Gayathri. The 46-year-old actor will be seen in the lead role along with Vijay Sethupathi. Shraddha Srinath, Varalaxmi Sarathkumar, Kathir and John Vijay also feature in the film. The movie is a story about an encounter cop (Madhavan) and his pursuit of a gangster, to be portrayed by Vijay. The 3 Idiots actor had recently shared his look from the film on social media. The makers of the film will be releasing the teaser of Vikram Vedha today.
Check the first poster of Vikram Vedha here:


@VikramVedhaFilm First look poster folks. I am so excited. pic.twitter.com/2Zd8unhIfK

After portraying the role of a boxing coach in his last film Irudhi Suttru (2016), also released in Hindi titled Saala Khadoos, R Madhavan underwent a complete makeover for his character in the upcoming movie. Filmmaker Pushkar told iflickz : "Madhavan started studying his character months in advance. Physically Madhavan lost all the bulky muscle mass of his boxer look. He perfected a new sculpted lean, mean look in a few months. We put our heads together and got him a new haircut after some research and consultation with a top hairstylist. He had to shed the floppy curls for this film since his haircut had to reflect his seriousness. He will also have a stubble all through."
He added: "We styled him with a lean but strong build to give him both power and agility to run, fight the gangsters and wield weapons with flexibility and strength."
R Madhavan, who has been a part of successful Bollywood hits like - Rang De Basanti, Guru, Rajkumar Hirani's 3 Idiots and Tanu Weds Manu, took a break from acting for 3 years after his film Vettai(2012). The actor made a comeback to the big screenwith 2015 movie Tanu Weds Manu Returns, directed by Anand L Rai.