Rajinikanth Asks Fans Not To Celebrate His Birthday. Here's Why 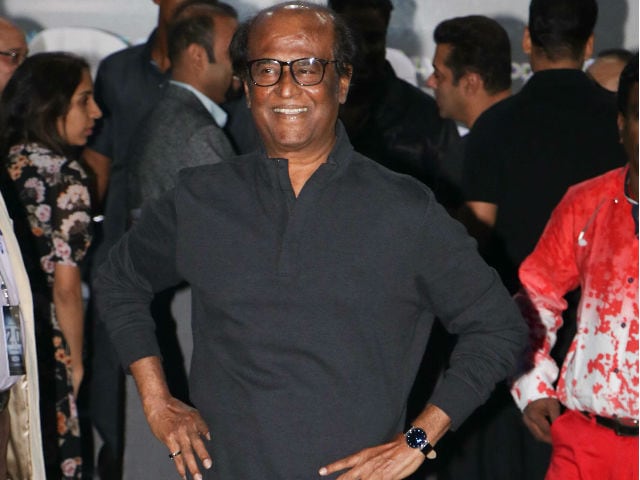 Tamil superstar Rajinikanth has reportedly requested fans not to celebrate his birthday on December 1. The superstar, who will turn 66 on Monday, requested fans to not display his banners and posters on his birthday due to the death of chief minister J Jayalalithaa. Rajinikanth's publicist tweeted: "#Thalaivar @superstarrajini requests fans not to celebrate his birthday and avoid keeping banners & posters (sic)." When news agency PTI contacted the publicist, he said that the decision not to celebrate Rajinikanth's birthday was taken in view of the demise of Jayalalithaa. Rajinikanth's birthday is usually celebrated in a grand way by his fans.
Last year too, The Kabali star did not celebrate his birthday following the torrential rains in Chennai and neighbouring districts that led to a deluge.
Jayalalithaa died in a Chennai hospital on December 5 after a prolonged illness. She was 68. Much before she became a politician, led the AIADMK and eventually became chief minister of Tamil Nadu, Jayalalithaa starred in over 140 films.
Recently, a letter written in 1980 by Jayalalithaa to journalist went viral. In the letter she revealed that she had turned down a role opposite Rajinikanth in Billa, releases in the same year. Eventually, the role was taken up by actress Supriya.
Rajinikanth is currently busy prepping for Shankar's 2.0, a sequel to his 2010 hit film Enthiran. Rajinikanth reprises the role of Dr Vaseegaran and this time he is pitted against another scientist, Dr Richard, played by Akshay Kumar. Dr Richard's experiment goes disastrously wrong and he mutates into some sort of birdman. 2.0 also stars Sudhanshu Pandey, who plays Professor Bohra's (Danny Denzongpa) son seeking revenge for his father's death at the hands of Vaseegaran-created robot Chitti. 2.0 also stars Amy Jackson and is set to release on Diwali, next year.
(With PTI inputs)