Rajinikanth: Balachander Recognised me, Will Get Better 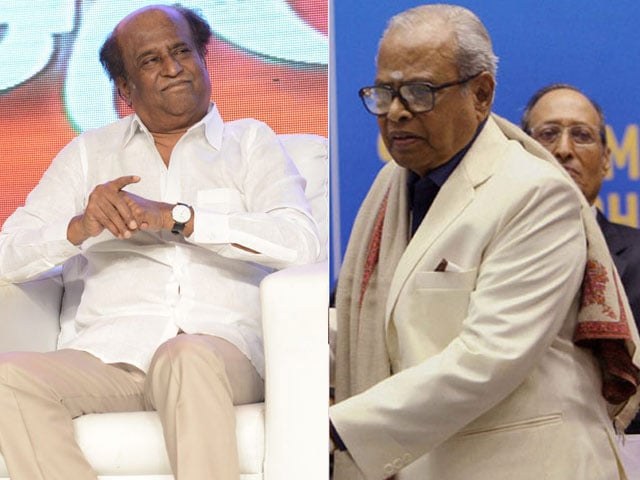 Superstar Rajinikanth, who rushed to Cauvery hospital here on Monday to check on the well being of his ailing guru and legendary filmmaker K Balachander, said that the auteur "recognised" him.

Mr Balachander, a Padma Shri awardee, was hospitalised after his assistants found him in an unconscious state at his residence.

"I went in to see KB sir and I'm happy to say that he recognised me. He is fine and he will get better," Rajinikanth told reporters at the hospital.

Hospital sources confirmed that Balachander's condition was "stable" and he was being treated for fever and some age-related ailments.

K Balachander has over 150 films to his credit including Aval Ora Thodar Kathai, Avargal, Varumayin Niram Sigappu and 47 Natkal.

He was also instrumental in bringing talents like Kamal Haasan, Rajinikanth, Saritha and Prakash Raj to the industry.