Rajinikanth Was Crowded by Selfie-Seekers at Mumbai Airport

The 65-year-old actor was dressed in his habitual simplicity - a white shirt and black trousers. Walking into the terminal, he was instantly engulfed in a crowd of autograph and selfie-seekers 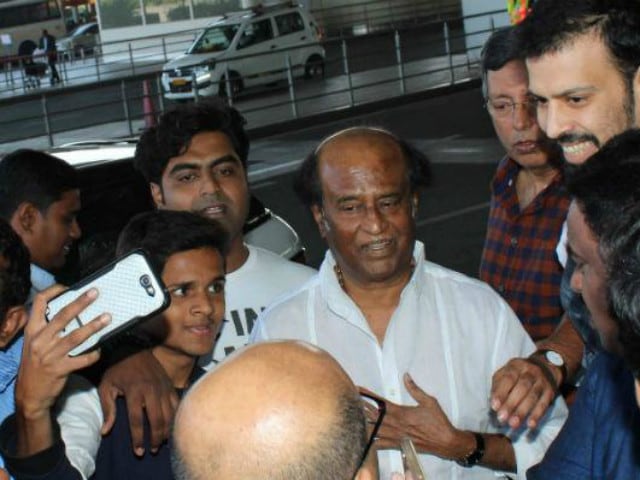 Tamil superstar Rajinikanth, done with launching the first look of his film 2.0, was photographed at Mumbai airport on Monday, presumably flying home to Chennai. The 65-year-old actor was dressed in his habitual simplicity - a white shirt and black trousers. Walking into the terminal, he was instantly engulfed in a crowd of autograph and selfie-seekers. 2.0 is the sequel to Rajinikannth's 2010 sci-fi blockbuster Enthiran, in which he played the double role of a scientist named Dr Vaseegaran and his creation, Chitti the Robot. 2.0 also stars Bollywood actor Akshay Kumar as the antagonist, a mutated scientist named Dr Richard.
Rajinkanth navigated Mumbai airport, unfazed by the fans crowding him. 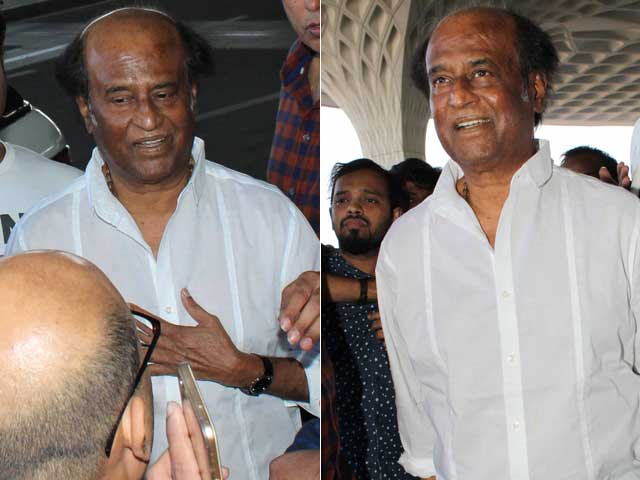 The first look of 2.0 - posters featuring Rajinikanth as Chitti and Akshay as Dr Richard - were launched in grand style on Sunday evening in Mumbai. Salman Khan, who claimed to have turned up uninvited, did the honours while filmmaker Karan Johar, who may or may not be distributing the film, acted as master of ceremonies. Shah Rukh Khan and Kamal Haasan, who are believed to have been invited, did not attend. 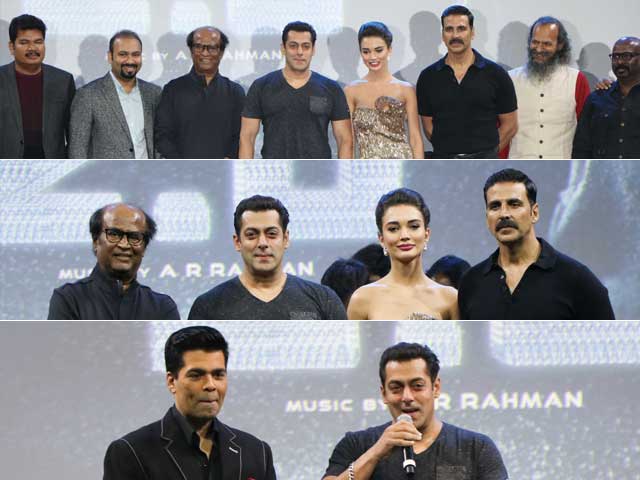 At the launch, Rajinikanth said that 2.0 would rival Hollywood for its special effects. "I enjoyed doing this film 2.0 as it is a unique film. It's a prestigious film not for action alone but for entire Indian film industry. Despite our technical excellence and financial strength, we could not reach Hollywood standard yet. But I am confident and openly saying about this film that it will reach Hollywood level. The entire film fraternity will beproud of this film," he said, reports news agency PTI.
He also described Akshay Kumar as the hero of the film, saying that given a chance, he would have picked the role of Dr Richard over Chitti/Vaseegaran. Akshay, xxAGE, declared himself a fan of Rajinikanth, who he called "not a star but a galaxy."
Here are the first look posters of 2.0:

Are you ready for the face off?

Actors Aishwarya Rai Bachchan and Danny Denzongpa, who starred in the original film, do not return in 2.0. The additional cast includes Adil Hussain and two of Akshay's former co-stars - his Singh Is Bliing heroine Amy Jackson and Singh Is Kinng actor Sudhanshu Pandey, who plays the son of Dr Bohra, the character Mr Denzongpa played in Enthiran.
2.0, directed by Shankar, will release on Diwali 2017.