Rajinikanth is worshipped for his honesty: Soundarya Rajinikanth Ashwin 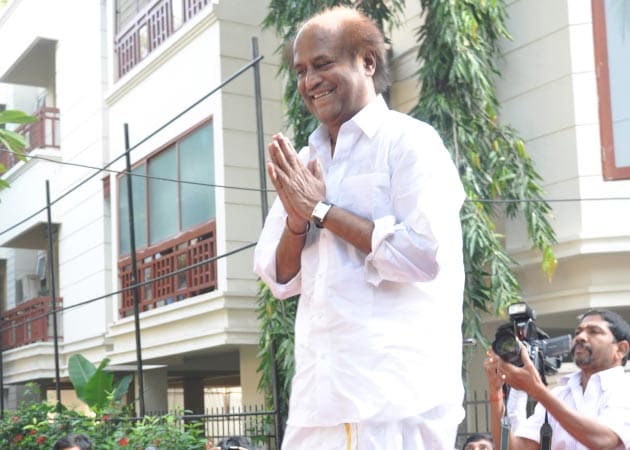 Lot of jokes are trending on Rajinikanth and Soundarya feels it is because he can do impossible things.

Southern superstar Rajinikanth holds a matinee idol status among his fans because of his honesty and sincerity, says his daughter Soundarya.
"I think each person has his own identity. He is worshipped because of the way he is. He is by far the most honest and true person you will ever meet. He will be the same to everyone. He is the same to the biggest and the smallest person. He is honest to himself and to what he does," Soundarya said in an interview here.
"He practices what he preaches. I cannot comment on what separates him from his contemporaries but I believe he has his true identity and he is what he is," she said.
Lot of jokes are trending on Rajinikanth and Soundarya feels it is because he can do impossible things.
"There is a lot of undercurrent, of a lot of respect for every Rajinikanth joke. It is not that people come up with these things, it is because my father can do these impossible things, and I think only he can," she said.
Soundarya is making her debut as a director with Kochadaiiyaan with her father in the lead.
It is a hi-tech 3D film with photorealistic motion capture technology, also called as performance capturing technology. Such technology was used in Hollywood films like Avatar, The Adventures of Tintin, etc. Kochadaiiyaan will take 3D films a step further in India.
Since animation films haven't had a great run at the box-office, Soundarya feels Rajinikanth can be a game changer.
"I believe he will be the game changer because animation has not been understood in our country yet, as it is still considered cartoon. In our country, again because of the lack of budget, time and trained technicians, a lot of films have not done justice to what animation can do," she said.
"People in India still feel animation is Tom and Jerry. Yes, animation is Tom and Jerry but that's not it. Only he can change this myth that animation is not cartoon. I hope that my father will be and I am confident that if at all there is anybody who can break the myth that animation is not cartoon, it is only Mr Rajinikanth," she said.
Rajinikanth feels Soundarya has gone a step ahead with the kind of film she has made and is proud of her. "He is proud that I dared to something different. He is very proud," she added.