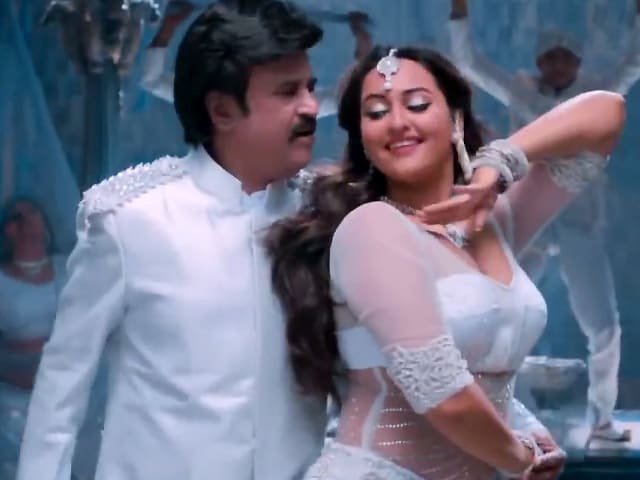 Rajinikanth and Sonakshi Sinha in a still from Lingaa.

Lingaa will release in cinemas on December 12 (on Rjinikanth's birthday) in Tamil, Hindi and Telugu

Superstar Rajinikanth's Tamil actioner Lingaa has been passed with a 'U' certificate by the Central Board of Film Certification (CBFC), making it suitable to watch for all age groups.

The film will release in cinemas on December 12 in Tamil, Hindi and Telugu. (Also Read: Court Defers Judgment in Lingaa Case)

"Lingaa will release on Rajinikanth's birthday. The censors have passed it with 'U' certificate," film's director KS Ravi Kumar said in a statement. (Watch Trailer: Rajinikanth Atop a Train, Desi Girl Sonakshi Sinha)

According to producer Rockline Venkatesh, the film is likely to release in over 2,000 screens worldwide.

Rajinikanth will be seen playing a dual role in the film, which has music by AR Rahman.