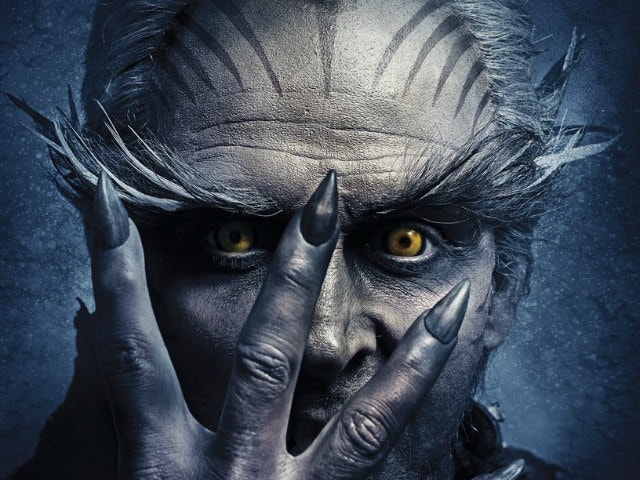 Akshay Kumar as Dr Richard on the first look poster of Rajinikanth's 2.0

The first official look of Rajinikanth's work-in-progress 2.0 has been given a blockbuster reception on Twitter after posters of the film were released on Sunday. A poster featuring Akshay Kumar as the film's antagonist, mad scientist Dr Richard, has left social media both thrilled and chilled. Akshay, 49, plays a villain left hideously disfigured after an experiment goes wrong. The result is terrible to see - Dr Richard is transformed into a crow-like entity with feathered eyebrows and talon-like nails. His eyes glow orange and tiger-ish markings stripe his forehead. 'Evil has a new face,' wrote Akshay in his tweet revealing the poster. Much appreciated, returned Twitter.
Compliments poured in from several of the actor's colleagues - Sidharth Malhotra (who helped promote Akshay's film Rustom), his Housefull 3 co-star Riteish Deshmukh, Bhumi Pednekar with whom Akshay is making Toilet: Ek Prem Katha and to whose tweet he responded with 'mission accomplished,' director Prakash Jha and producer Ritesh Sidhwani.

Eyes on everything! No escape from the Devil! @akshaykumar ... https://t.co/U2AD9efbKU

@akshaykumar what a fabulous first look.. can't wait to watch this one

Heavy-duty prosthetics were required to play the freakish villain. In a tweet, Akshay said it was totally worth it.


Yes but seeing the reactions to the #2Point0 look seems all worthwhile now https://t.co/Nwl9vSDwJ4

Here's the poster of Akshay Kumar as the crazed Dr Richard:

Other posters featured Rajinikanth as Chitti the Robot, one of the two roles he plays in the film.

2.0 is the mega-budget sequel to 2010's Enthiran, in which Rajinikanth played Dr Vaseegaran and Chitti. Akshay's Singh Is Kinng co-star Sudhanshu Pandey keeps him bad company, playing the son of the villainous Dr Bohra from the first film. Danny Denzongpa, who played Dr Bohra, does not return and neither does the original film's heroine Aishwarya Rai Bachchan. Instead, Akshay's Singh Is Bliing co-star Amy Jackson fills the female lead.
The first look of 2.0 was launched in Mumbai on Sunday at a glittering event. Shah Rukh Khan and Kamal Haasan were reportedly invited but while they didn't attend, Salman Khan did. Filmmaker Karan Johar, who may or may not be distributing the film, hosted the launch. 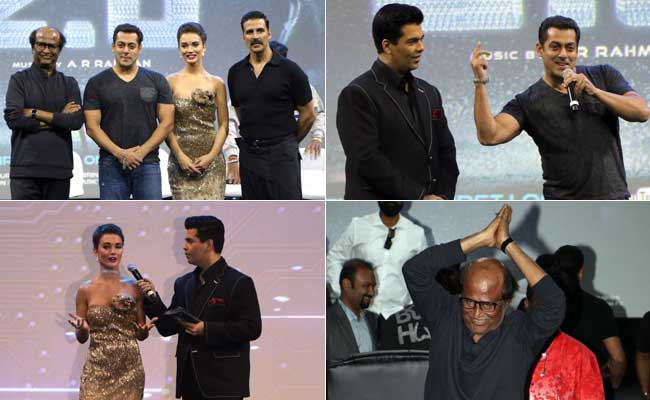