Aishwaryaa R Dhanush will be doing a solo dance recital at the United Nations headquarters in New York, on Women's Day. However, her father and superstar Rajinikanth wouldn't be able to watch Aishwaryaa's performance as he is busy with the shoot of 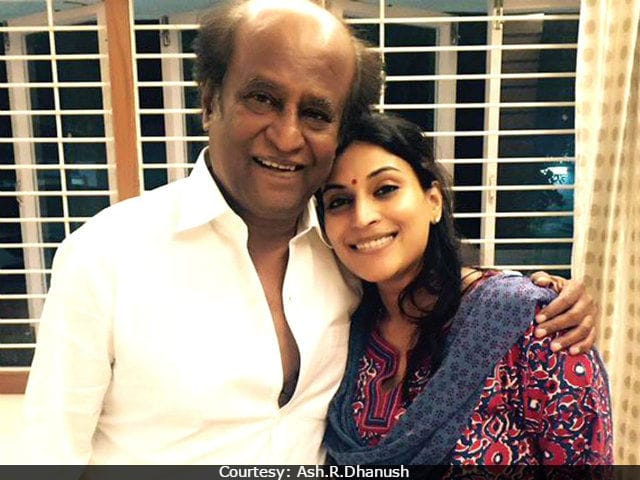 For Aishwaryaa R Dhanush, this Woman's Day is going to be an experience of a lifetime. The talented multi-tasking mom of 2, is also an established film director, and author, apart from being a trained classical Bharatanatyam dancer. She is also the UN Goodwill Ambassador for Women to promote gender equality in India. Aishwaryaa, had recently revived her dance, after a gap which came post motherhood. Now, she will be doing a solo dance recital at the United Nations headquarters in New York, on Women's Day becoming the first dancer to do so. In a chat with her, we unravel how this honour came about and the preparations she's doing.
"It's a great honour to be performing Bharatanatyam at the UN headquarters on International Women's Day," says Aishwaryaa. "I'm both nervous and exhilarated. It will be a solo dance recital and I am thrilled that I will be accompanied by my guru Ms Meenakshi Chittaranjan, who will be part of the audience. I am overjoyed that she will be watching one of her students perform on such a prestigious dais." However, she does have one regret, "Nobody from my family will be coming unfortunately. Appa is busy with the shoot of 2.0 while Dhanush and my sister Soundarya are busy with VIP 2. Amma will be in Chennai, taking care of my children, and I am thankful to her for being there for me."
Aishwaryaa will be performing before UN dignitaries from over 190 countries, apart from leading citizens of the Indian and American diaspora. So how did this opportunity fall into place? Says Aishwarya, "I had been to the US in October when I met Mr Syed Akbaruddin, The Permanent Representative of India at the UN. He was discussing India's rich culture and heritage. During the discussion, he learnt that apart from being a filmmaker, I am also a classical dancer. He told me that many singers and musicians, have performed at the UN but not dancers. It was then that this idea of having me do a dance recital came about." With her performance at the UN, Aishwaryaa will join the prestigious list of Indian dignitaries who have performed at the UN like MS Subbalakshmi, Pandit. Ravishankar, Ustad Amjad Ali Khan, Zakir Hussain, Subramaniyam, AR Rahman and Sudha Raghunathan.
Nervous she maybe but her preparations are topnotch with aptly chosen thematic items for the occasion. She reveals, "I will be starting off with an invocation to Lord Shiva followed by a Varnam on Meenakshi about a King who wanted a son but who was blessed with a highly venerated daughter. The Padmam will be Avasaru Thaalattu, a lullaby composed by poet Vairamuthu and adapted for modern times by his son Madan Karky. It's a very relevant poem about working mothers and how the ipad and memories of mommy are the modern day substitute for lullabies, as the baby-sitting nanny dozes off to the sounds of a tv serial. We have changed the reference to cassettes with ipads and ipods. A Thillana by Balamurli Krishna will follow and finally I will wind up with Maitreem Bhajatha, an ode to peace and non-violence sung by MS Subbalakshmi."
That's not all. Aishwaryaa will also be honoured by the Indian diaspora in the US. Says Prakash M Swamy, the President of America Tamil Sangam (ATS) and United Nations Diplomatic Corresspondent in New York, "On March 12th, the ATS along with the Indian Association of Long Island (IALI) will be felicitating Aishwaryaa at the Forest Hills area in New York, for her contribution towards the Tamil community. Prominent members of the Indian community will be present on the occasion.