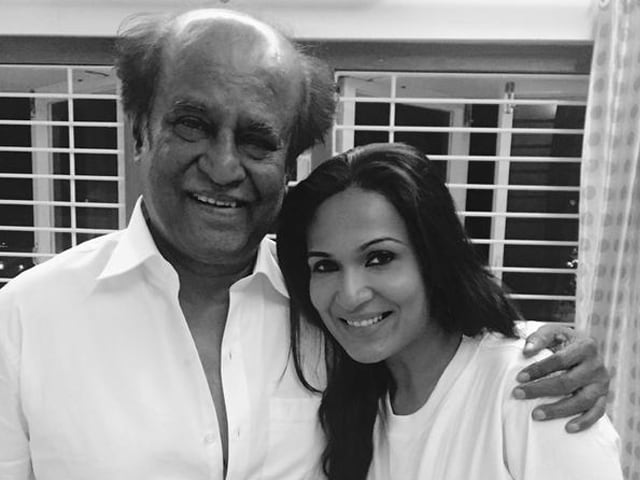 This image was posted on Twitter by Soundarya Rajinikanth

Tamil superstar Rajinikanth's younger daughter, filmmaker Soundarya R Ashwin is expecting her first child. She is married to industrialist Ashwin Ramkumar.
Soundarya made her debut as director with Kochadaiiyaan: The Legend in 2013, which featured her father in the lead role, apart from actors Deepika Padukone and Jackie Shroff.
She announced the news on Twitter:

Thank you all for the love and wishes !!! The whole family is excited and I feel very blessed :):):) #babyontheway#motherhood

Rajinikanth and his wife Latha have two daughters Aishwaryaa R Dhanush and Soundarya. Aishawaryaa is married to Tamil actor Dhanush and they have a son Linga.
Soundarya and Ashwin married in 2010 in Chennai.