Rajinikanth said: "Making films is our responsibility. Reviewing movies is your duty. But how you communicate while criticising a film is important. Don't pass any hurtful remarks" 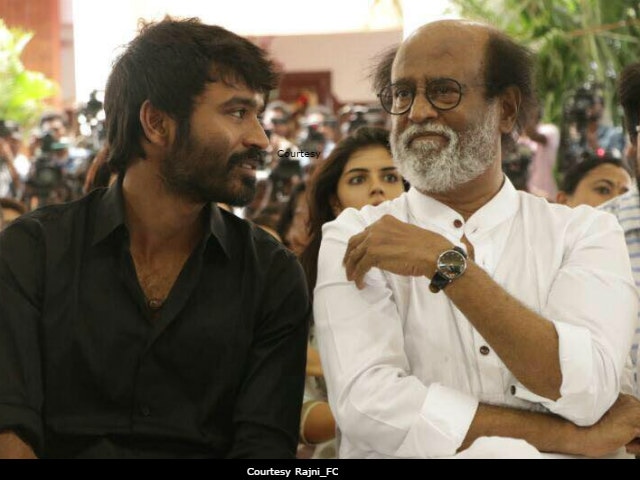 Megastar Rajinikanth, in a unique message to film critics, requested them to abstain from making "hurtful remarks" while reviewing movies, reported news agency PTI. Rajinikanth was speaking at the audio launch of Vikram Prabhu's upcoming film Neruppu Da, when he addressed film critics and pointed out that critically analysing a film without being harsh is "important," reported PTI. "Making films is our responsibility. Reviewing movies is your duty. But how you communicate while criticising a film is important. Don't pass any hurtful remarks. I would request you to use proper words while registering your thoughts on a movie," PTI quoted Rajinikanth as saying.
Rajinikanth also requested critics to review films after it has stayed at the theatres for three-four days. "I understand that reviewing a film is your freedom of expression. Everyone is entitled to their opinions. But give a film its breathing time. Please review a film on the fourth day of its release. Let the movie be there for three days at least," PTI quoted Rajinikanth as saying.
Rajinikanth also warned producers and distributors to not fall prey to deceiving marketing techniques of the makers and suffer loss. "A producer is bound to market his product with innovative gimmicks and quirky selling techniques. But distributors and exhibitors should not fall prey to it. Don't buy a film for exorbitant price and crib about losses post the film's release."
Rajinikanth highlighted the importance of consulting experienced trade analysts ahead of acquiring the rights for a movie. "Before acquiring a project, take the advice of experienced trade pundits in the industry and analyse the risks and business propositions thoroughly," PTI quoted Rajinikanth as saying.
Rajinikanth, 66, was last seen as don Kabaleeswaran in last year's blockbuster gangster drama Kabali. He is all set to appear as Dr Vaseegaran in 2.0 next. Neruppu Da is actually the name of a song from Rajinikanth's Kabali, which has been roped in for the title of Vikram Prabhu's film.
(With PTI inputs)