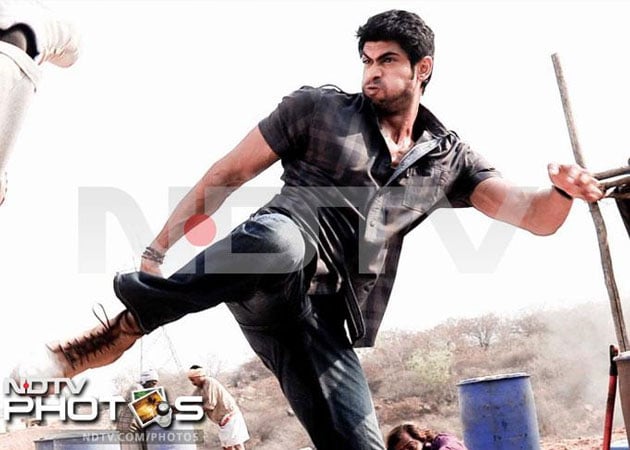 The actor says that it's because of his hectic Baahubali schedule that he has not been active on Twitter.

Rana Daggubati is relieved at having successfully completed a marathon schedule for upcoming Telugu period-drama Baahubali.

Actor Rana Daggubati is relieved at having successfully completed a marathon schedule for upcoming Telugu period-drama Baahubali. He says on certain days, the team even shot nonstop for over 24 hours.
"(I) finished my marathon second schedule of Baahubali. Day starting from 7 a.m. (to) all the way to 10 p.m. and the training till midnight," posted Rana on his Twitter page.
"And the one special weekend where we shot from Sunday morning 7 (to) all the way to Monday morning 8. An epic shoot little over 24 hours," he added.
He says it's because of this hectic schedule that he has not been active on Twitter.
Directed by S.S Rajamouli, Baahubali also features Prabhas Varma, Anushka Shetty, Ramya Krishnan, Sathyaraj, Nassar, Adivi Sesh and Kiccha Sudeep.
The film, co-produced by Shobu Yarlagadda, K. Raghavendra Rao and Prasad Devineni, is being simultaneously made in Telugu and Tamil.