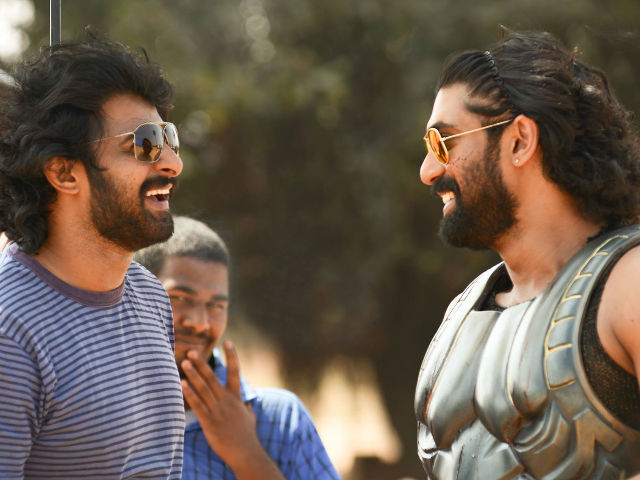 Prabhas and Rana Daggubati photographed on the sets of Baahubali - The Beginning. (Image courtesy: Facebook)

S S Rajamouli's Baahubali 2 goes on floor today. The film's official Twitter handle posted: "After the widespread success of part1, the team is all set to get back to shoot part 2 from today." However, the release date of Baahubali - The Conclusion has been pushed to January 2017 from December 2016

After the widespread success of part1, the team is all set to get back to shoot part 2 from today. #Baahubali2Beginspic.twitter.com/WzKmivuvc8

Baahubali - The Conclusion will retain the star cast of the first film which comprises Prabhas, Rana Daggubati, Tamannaah Bhatia and Anushka Shetty. (Also Read: When Rana Daggubati's Baahubalis Battled the Chennai Floods)
However, the release date of the second part of the two-part epic drama film has been pushed to January 2017 from December 2016. DNA quotes a source as saying: "The film will now not release in December as planned. It will release in January 2017 instead."
Director Rajamouli had also hinted on a prequel to the Baahubali series on Twiiter, in October. He tweeted:

Two parts will not be dragged for the sake of it. This story will conclude with the second part itself. Baahubali-3 will be done in a way

Baahubali - the Beginning, released in Tamil, Telugu and Hindi in July 2015 and made nearly Rs 500 crores. In doing so, it became the country's biggest hit so far.