Rana Daggubati Reveals That Baahubali 2 Will Be 'Bigger, Better, Stronger'

"During the making of the movie we realised that we were probably making the largest film in this part of the world," said Rana Daggubati 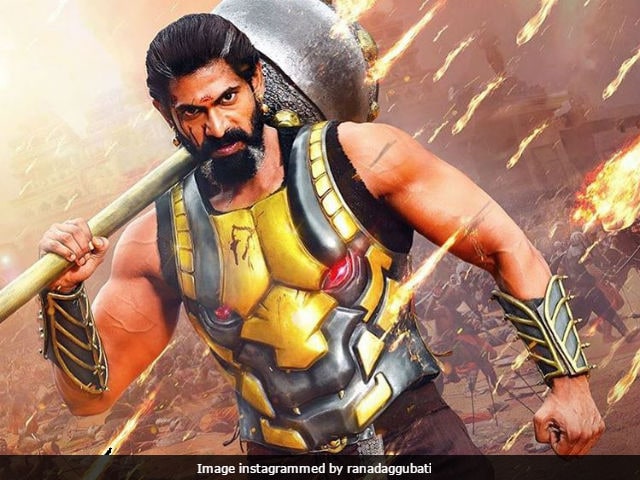 Actor Rana Daggubati, who plays the antagonist in SS Rajamouli's upcoming film Baahubali: The Conclusion, told news agency PTI that the film is a 'stronger and mightier' sequel to the 2015 blockbuster Baahubali: The beginning. The 32-year-old actor said: "Baahubali 2 is bigger, better, stronger and mightier. I have come to know SS Rajamouli (director) for four years now as part of this four-year journey of Baahubali--1 and 2. It is constant learning with him and he provides with right strength and family atmosphere." The movie, which is scheduled to release on April 28, has already made a pre-release business of over 500 crore. The film also features Prabhas, Anushka Shetty, Tamannaah Bhatia and Sathyaraj in lead roles.
"During the making of the movie we realised that we were probably making the largest film in this part of the world. Hence, everyone put his or her best efforts," Rana Daggubati told PTI.
Baahubali: The Beginning had become a huge success worldwide. The film became the highest grossing Indian film within India and also the third highest grossing Indian film globally.
Meanwhile, the makers of the film also refuted reports of Shah Rukh Khan making a special appearance in the film. The official Twitter handle of Baahubali tweeted: "We would have loved to have @iamsrk in our movie! Who wouldn't? But unfortunately, it's a rumour! Not true! #Baahubali2."
Rana Daggubati is awaiting the release of his film The Ghazi Attack. The film also features Taapsee Pannu, Kay Kay Menon and Atul Kulkarni. It is scheduled to release in theatres on February 17. He will also be featuring in a web series titled Where the heart is.
(With PTI inputs)