Naga Chaitanya's father, Akkineni Nagarjuna shared the first two posters of the film Rarandoi Vedukachudham on Twitter on the occasion of Ugadi 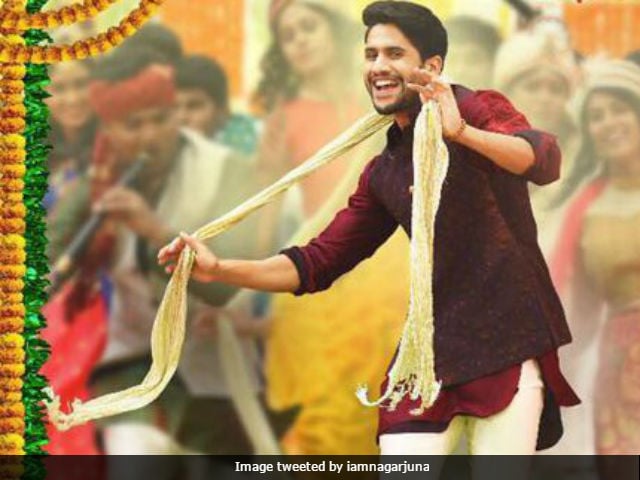 The first poster of Telugu actor Naga Chaitanya's upcoming film Rarandoi Vedukachudham has been unveiled. The 30-year-old actor's father, Akkineni Nagarjuna shared the first poster of the film on Twitter on the occasion of Ugadi. In his tweet, Nagarjuna wrote: "Here we go the first look of #NC13!!the 1st one is my choice and the 2nd @kalyankrishna_k/#rarandoiVedukachudham." In the first poster, Naga Chaitnaya can be seen in an action mode. On the other hand, the second poster shows him dancing along with the lead lady Rakul Preet Singh. The film has been directed by Kalyan Krishna and produced by Akkineni Nagarjuna.
Check out the first two posters of Naga Chaitanya's film Rarandoi Vedukachudham:


Here we go the first look of #NC13!!the 1st one is my choice and the 2nd @kalyankrishna_k/#rarandoiVedukachudhampic.twitter.com/SfK1cn2xUW

Naga Chaitanya was last seen in 2016 movie Sahasam Swasaga Saagipo. The film, directed by Gautham Menon, also featured Manjima Mohan in lead role.
Last month, news agency IANS reported that the Premam actor will be making his debut in the Tamil film industry soon. Naga Chaitanya has been roped in by filmmaker Karthick Naren for his next venture titled Naragasooran, according to IANS reports. "Naga Chaitanya is on board. It's going to be a dual hero subject and the team is in talks with Arvind Swami. Karthick had met Arvind recently but they are yet to officially announce anything," IANS quoted a source as saying.
Naga Chaitanya got engaged to actress Samantha Ruth Prabhu in January. Recently, the 29-year-old actress shared an adorable picture on social media where both are seen dancing with friends. See the picture below:

The couple is likely to get married later this year. Naga and Samantha met on the set of Ye Maaya Chesave(2010). They also co-starred in films like - Manam(2014) and Autonagar Suriya(2014).
(With IANS inputs)