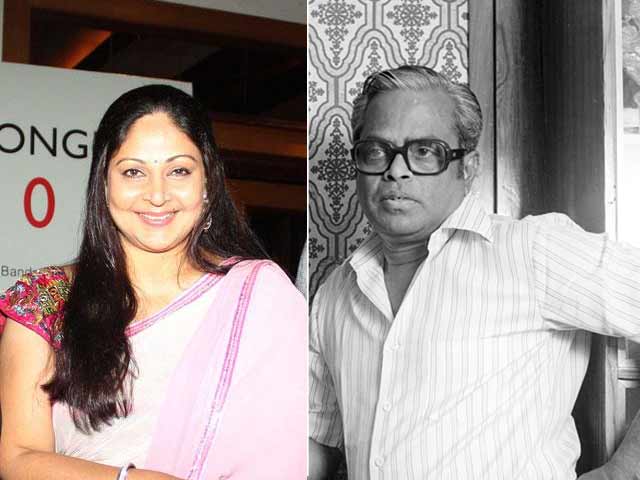 Late veteran director K Balachander will always hold a special place in Rati Agnihotri's heart. The actress says she was lucky to have had him as the director of her first Hindi movie, Ek Duuje Ke Liye, which released in 1981.

For Rati, who is tending to her ailing mother, it's "very hard to believe" that Balachander is no more. He passed away at a Chennai hospital on Tuesday.

Talking about a recent chance to meet Mr Balachander, Rati said "Just some days ago when I was shooting in Punjab, I got a call from Chennai asking, 'Can you come down to Chennai for a get-together?' They wanted to honour K Balachanderji and Bharathi Rajaji by inviting all the actors and technicians who worked with them in the 1970s and 1980s."

"Coincidentally, I was launched in the Tamil industry by Bharathi Rajaji and in Hindi cinema by Balachanderji. I was very fortunate to have been launched by the best. I couldn't go for the commemorative event because I needed to be with my mom. Balachanderji meant so much to my career and to me as a person. He didn't only discover me for the Hindi cinema in Ek Duuje Ke Liye, he guided me through the film."

Rati's father had confidence in the filmmaker.

"I remember how I got this role. My dad was approached and we immediately agreed because the film was produced by the great LV Prasadji and directed by the stalwart, K Balachanderji. Ek Duuje Ke Liye was a remake of Balachanderji's Tamil film Maro Charitra.

My dad saw the original before saying yes to the remake. But I was not allowed to see Maro Charitra. Balchanderji didn't want me to get influenced by the earlier film. So I had no idea what the film was all about."

All I knew was I had a great producer, director and co-star Kamal Haasan," she said.

She was also scared of Balachander at that time.

"I remember when I first came on the sets, I was really scared of Balachanderji. I wondered if he was angry with me. He had these really huge eyes which would look straight at you. But he never ever shouted at me. Not once. I was so young, just 16, and so raw. I knew none of the emotions that I had to express."

But she was comforted.

"Balachanderji would come up to me, whisper comforting things in my ears, and I would do the scene. I'd just follow what he said. I was like a sponge, absorbing all that I was given. Balachanderji would talk to me in Tamil, then English. Prasadji, Balachanderji and Kamalji would pull up a chair and explain the scenes to me. That's how I managed," she said.

"I couldn't have done it without these three great artistes to guide me through Ek Duuje Ke Liye. Talent is all very well. But what really matters is luck. I was lucky to have Balachanderji as the director of my first Hindi film," said Rati Agnihotri.