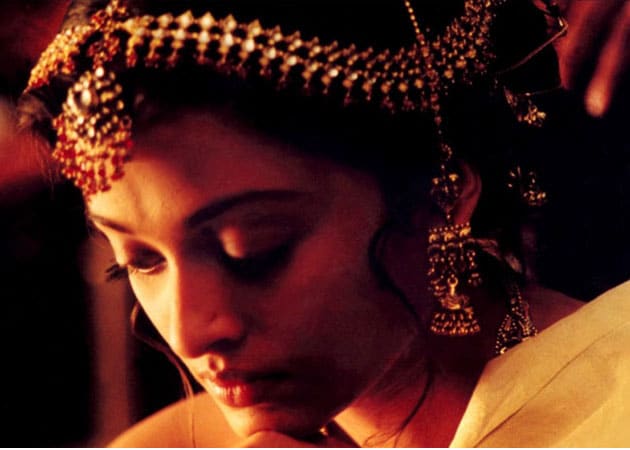 A still from the movie Chokher Bali

Rituparno Ghosh, one of the country's best and versatile filmmakers in the post-Satyajit Ray generation, mastered depiction of human relationships which he often dissected with a surgical knife against contemporary or periodical social contexts.

Rituparno Ghosh, one of the country's best and versatile filmmakers in the post-Satyajit Ray generation, mastered depiction of human relationships which he often dissected with a surgical knife against contemporary or periodical social contexts.
Time and again he called Satyajit Ray his mentor and inspiration, and the master and student had certain traits in common - they both moved into films from advertisements and almost every film they made picked up awards. The fact that Mr Ghosh got 12 National Awards besides some from outside the country's borders during a two-decade journey spanning 19 movies, is a testament to the quality of his offerings.
But it was the arrival of television in Kolkata in 1975 and a retrospective of Ritwik Ghatak a year later that hooked Mr Ghosh to the celluloid world as a teenager.
"I stood in the queue for hours to watch Ghatak's movies. Watching so many good movies together had a great impact on me," Mr Ghosh later said in an interview.
Born on August 31, 1963, in a South Kolkata household, Ghosh was brought up in an atmosphere which shaped his future career. He was greatly influenced by his father - documentary filmmaker Sunil Ghosh.
He had his schooling at South Point and later pursued economics from Jadavpur University.
It was his years in the advertising world that taught Mr Ghosh the art of innovation, experimentation, precision, communication and detailing within a short time and space - qualities which helped him when he ventured into films.
In 1992, Ghosh made his first film -- Hirer Angti - a movie for children -- but it never got released.
However, he shot into prominence two years later with Unishe April, which was inspired by Ray's Jalsaghar (The Music Room). Unishe April - based on the tensions in the relationship between a dancer mother and her doctor daughter - bagged the national award for best feature film and won Debashree Roy the honours in the best actress category.
Three years later came another acclaimed film Dahan showing the trials and tribulations of two contemporary women - one of them molested by goons, and another who had rushed to help her.
Other award-winning Bengali movies from Ghosh's stable included Bariwali, Asukh, Utsab, Shubho Mahurat, Chokher Bali, Dosar, Shob Charitro Kalponik and Abohoman.
Bariwali also took away the NETPAC award at the Berlin International film Festival in 2000. Ghosh's last released film was Chitrangada (2012), while a few days before his death, Ghosh finished shooting a crime thriller Satyanveshi.
In 2007, Ghosh made his only English movie The Last Lear. Starring Amitabh Bachchan, it revolved around a retired Shakespearean theatre actor. He directed two Hindi movies - Raincoat (2004) - that got a National Award and Sunglass (2012). Unlike some celebrated filmmakers, who chose to work with newcomers rather than established stars, Ghosh had a great ability to get the best out of matinee idols like Bachchan, Sharmila Tagore, and Rakhee Gulzar. A case in point was how he handled Sharmila in Shubho Maharat.
"You have to refer to sequences from other films she has acted in, in order to draw an emotion in a given scene," he had said.
The unpretentious portrayal of physical relationships played a major role in Ghosh's films like Chokher Bali, based on Tagore's novel, and Antarmahal. In Antarmahal, a period piece, the explicit and crudity of sexual scenes "shocked" a section of the middle-class. He also boldly portrayed women's desires in almost all his films, but chose to call himself a "Womanist and not a feminist". Ghosh had battled his sexuality and identity - somewhat of a woman wrapped in a man's body - through his life, but chose to get frank towards the end after his parents died. He also acted in queer characters in three movies - Chitrangada, Arekti Premer Golpo and Memories in March. A learned man, Ghosh for years edited the popular Bengali film magazine Anandalok, worked at a senior position in a television channel and conducted popular talk shows. He wrote lucid and fluent prose, and his Bengali column in a local daily was widely read.