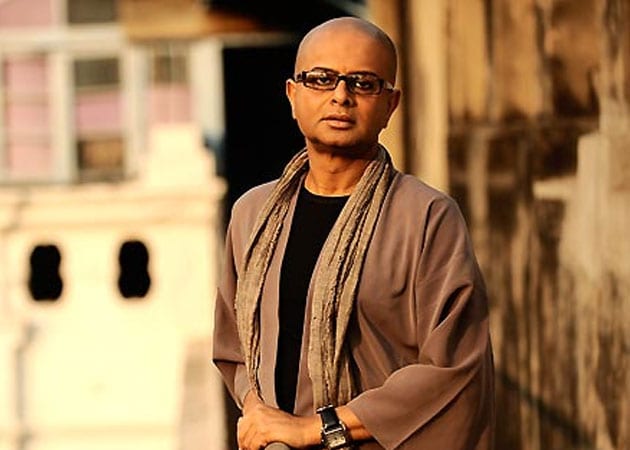 Bengali director and actor Rituparno Ghosh died of a cardiac arrest at his Kolkata home at 7.30 am today. He was 49 and would have been 50 on August 31.

Director Rituparno Ghosh was cremated with full state honours at the Siridhi crematorium where his body was brought from Technicians Studio. West Bengal chief minister Mamata Banerjee was at the crematorium and was present at the studio as well. Earlier, braving rains, thousands of cine lovers thronged the state-run cultural complex Nandan to bid a tearful farewell to maverick film maker after his body was brought there.
The filmmaker died of a cardiac arrest at his Kolkata home at 7.30 am on Thursday. He was 49 and would have been 50 on August 31.(Also read: Bengal's brave young director)
Mr Ghosh had been suffering from pancreatitis, his family said. Special coverage
Mr Ghosh's residence was crowded with friends, colleagues and politicians soon after he died, including West Bengal chief minister Mamata Banerjee. Ms Banerjee said "Bengal has lost a golden director."
Manish Tewari, Minister for Information and Broadcasting, said in a condolence message, "I am deeply shocked by the tragic and premature death of Shri Ghosh. He was a creative genius who gave a new dimension to film making with every film that he was associated with. His films always left a deep imprint on minds of the audiences who were captivated by the honest portrayal of human emotions. Cinema has lost a visionary, as Shri Ghosh was always innovative and bold in undertaking new themes for his films. His death has left a void which will be very difficult to fill. I pray to God that his family gathers the necessary strength to overcome this crisis."
Rituparno Ghosh won 12 National Awards as well as several international honours. His acclaimed body of work includes films like Unishe April (1995), Dahan (1997), Bariwali (1999) and Abohoman (2010). He directed actors like Amitabh Bachchan in The Last Lear, Aishwarya Rai Bachchan in Chokher Bali and Raincoat, Aparna Sen in Unishe April, Rakhee and Sharmila Tagore in Shubho Mahurat and Konkona Sen Sharma in Titli. Blog
Mr Ghosh also directed, wrote and starred in the semi-autobiographical Chitrangada, the story of a choreographer struggling with gender and identity, which won a special jury award at this year's National Film Awards. RIP
Rituparno Ghosh was also a successful TV anchor and acted in the films Arekti Premer Golpo and Memories In March.
Two days before he died, Mr Ghosh tweeted, in his typically poetic manner, about his 20th film Satyanewshi: Wrapped up the shoot of Satyanewshi, a crime thriller in the molten glow of the pensive falling afternoon.
Trinamool MP Derek O'Brien described Mr Ghosh's death as a "loss for advertising, Indian and international cinema."
Actress Aishwarya Rai Bachchan, star of Rituparno Ghosh's Chokher Bali and Raincoat, said from London: I am shocked and deeply saddened by this news. I just don't believe it. May his soul rest in peace.
Actress Kirron Kher, who was directed by Mr Ghosh in Bariwali, called him "a complex character." She described him as "very lonely at one level and friends with everyone at another level."
Director Shyam Benegal told NDTV Mr Ghosh's death was a "huge tragedy."
Noted Kannada filmmaker Girish Kasaravalli said, "He never compromised in quality. We have lost a great character in the Indian film context."
On Twitter, there has been a wide outpouring of grief and shock for Rituparno Ghosh.
Shekhar Kapur: Shocked by passing of Rituparno Ghosh. He was dreaming of getting into what he called his 'next phase'. Hugely creative explorer on film
Anupam Kher: Rituparno Ghosh had great sense of humour. He had a brilliant understanding of human behaviour. Will miss him and his cinema. RIP my Friend.
Arjun Rampal: Absolutely numbed by the saddest news of Rituparno Ghosh not being with us anymore. Loss of a dear friend, adventurous filmmaker. Who taught me so much. A bit too premature departure, will always feel your void my friend. RIP.
Watch video: