Rituparno Ghosh's last interview: I could not direct Madhuri Dixit 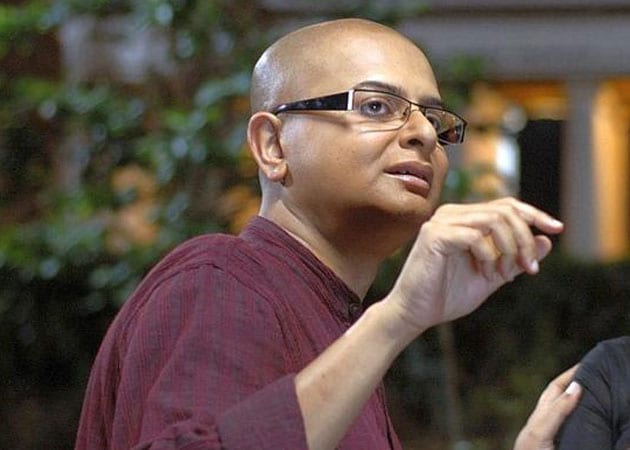 In his last interview given two weeks ago, Rituparno Ghosh talks about some of his desires that will now remain unfulfilled after he breathed his last on Thursday.

In his last interview given two weeks ago, Rituparno Ghosh talks about some of his desires that will now remain unfulfilled after he breathed his last on Thursday (May 30, 2013):
Ever since I was a copywriter at Response Advertising, Kolkata, I was an avid watcher of films by Satyajit Ray, Ritwik Ghatak, Mrinal Sen and Tapan Sinha. Viewing their films I learnt a lot about the language of filmmaking. In my heart of hearts, I also desired to direct films one day.
My debut as a director was the Bengali family saga, Unishe April. I was lucky enough to direct stalwarts like Aparna Sen, Deboshree Roy and Dipankar De in the film. When I received the National Award for Best Feature Film in 1995, I could not believe myself. The x-ray eyes of Chetan Anand who was the chairman of the National Awards jury did not fail to recognise my efforts. I was even happier that Deboshree Roy, a very competent actress, received her due also with the National Award.
(Also read: Bengal's brave young director)

Since then I have carried on directing films in which I strongly believe. Taking the cue from Satyajit Ray and Tapan Sinha, I learnt the art of balancing reality, aesthetics and commerce whilst making films. My greatest challenge was to direct the grand Amitabh Bachchan in The Last Lear, an adoption of a play directed by late Utpal Dutt named Sesh Sahajahan.
(Read: Rituparno Ghosh, trailblazer of new wave Bengali cinema)
While directing Jaya Bachchan and Naseeruddin Shah in my yet unreleased film Sunglass, I noticed how good method actors were. Both Jayadi and Naseerbhai are full-fledged method actors. Yet when the situations demanded they could be so spontaneous transcending all barriers of method.
My real regret is that I could not direct the nimble-footed Madhuri Dixit. She has the most beautiful smile, is highly photogenic and has a body language, which no other actress can match. We were almost on the verge of working together but destiny was not kind towards us. I shared a good rapport with Dimple Kapadia but never had a script in mind, which would do justice to her versatility.
I was really hurt when a senior icon like Dev Anand whom I highly admired was offended that I was remaking Guide. How on earth could I dare to remake a classic, which already set trends by the excellent direction of Vijay Anand? My film, which was supposed to have Akshay Kumar in the lead, was about the affair of a stuntman with an actress whom he saves in real life. I will carry on making films my own way and feel I am yet to deliver my best.