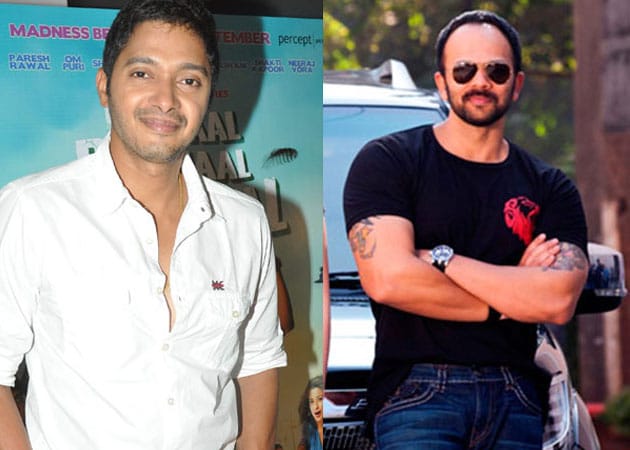 Shreyas? movie will release on August 1.

After Farah Khan, Chennai Express director Rohit Shetty is the latest Bollywood director to shoot a cameo for actor Shreyas Talpade's Marathi production Poshter Boyz. Shreyas says that they're his "true friends".
"I didn't think of it as a new trend, both Rohit and Farah are close to me and are very successful directors and I love watching their movies which are all out entertainers. When I decided to produce Poshter Boyz, being in the same entertainer space, I knew I had to have them in the film," Shreyas said in a statement. (Also read: Any girl would love to marry Salman Khan: Shreyas Talpade)
"Both Rohit and Farah are so sweet that they immediately agreed to be a part of the film, no questions asked, true friends I can completely count on," he added. (Also read: Ajay Devgn, Rohit Shetty Team up to Prank Singham Returns Crew)
The two directors made impromptu improvisations to their part in the movie, produced under Shreyas and Deepti Talpade's own banner Affluence Movies Private Limited. The movie will release on August 1.