S3 Teaser: Mess With Suriya and This Will be Your Fate

S3, a sequel to 2013 film Singam II, is written and directed by Hari. The film releases in December in Tamil, Telugu and Hindi simultaneously 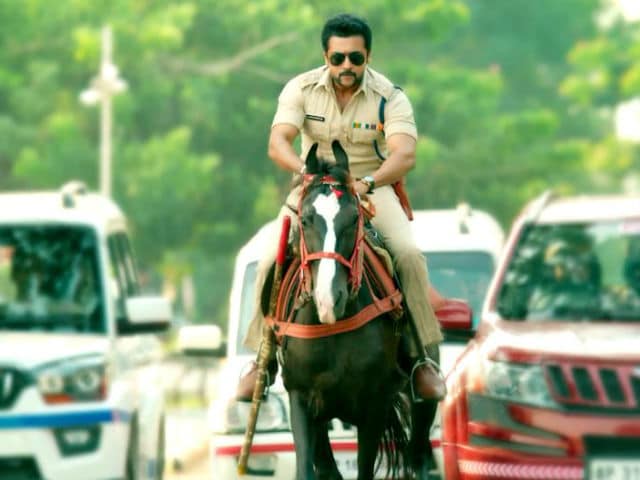 Suriya stars as a ferocious lion out hunting for those who dared mess with him in the teaser of his upcoming film S3, also called Singam 3. Singam, an upright cop, is looking for the corrupt and unpardonable to teach them a lesson.
Singam is the Tamil word for lion. S3 is the top trend this Tuesday.
Suriya is fantastic in the action snippets as he beats goons to the ground, literally. We also get a glimpse (and only a glimpse) of actresses Anushka Shetty and Shruti Haasan in Singam 3 teaser.
Here's how the action unfolds:

Still chanting "Singam, Singam..."? Us too. Thank music director Harris Jayaraj for it.
Remember the much-talked about action scene where the team hired seven aircrafts? That too made a fleeting appearance:


"The chase sequence was recently shot in Chennai airport. The team had hired seven aircraft for this particular scene which features Suriya," a source from the film's unit told IANS.
The Singam films are the originals of the Hindi Singham 1 and 2, starring Ajay Devgn. The Bollywood versions have been as successful as the Tamil prototypes.
S3, a sequel to 2013 film Singam II, is written and directed by Hari. Singam 3 releases in December in Tamil, Telugu and Hindi simultaneously.