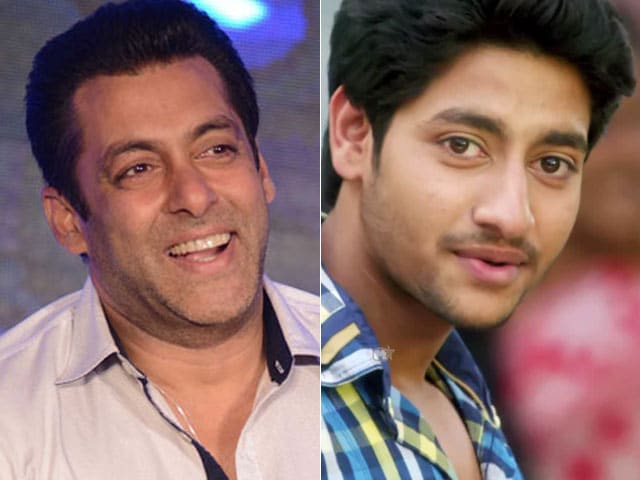 Actor Salman Khan, on Monday, announced Sairat actor Akash Thosar's second film FU on social media. Akash Thosar's new film is being directed by Mahesh Manjrekar. The Dabangg actor posted an image of the first look of the film, along with the caption, "Sairat throb Akash Thosar is back with Mahesh Manjrekar's FU". The film, which revolves around the bond of friendship among four college students, will also have Satya Manjrekar, the Kaante actor's son, in a lead role. Incidentally, FU stands for 'friendship unlimited.' This will be Akash's first film after Sairat and the actor, who is also popularly known as Parshya, is gearing up for his role in the movie.
The is what Salman Khan shared on Monday:

Akash recently shared some pictures from the sets of FU on Instagram. Here's a look.


Akash's performance in Sairat has not only earned him good reviews, but also praises from the biggies of Bollywood including Zoya Akhtar, Irrfan Khan and Aamir Khan. More recently, Amitabh Bachchan also had everything nice to say about Nagraj Manjule's film, which is about a young couple who elopes to escape the wrath of the society. Sairat also stars Rinky Rajguru in a lead role.

Meanwhile, Salman Khan have always been vocal about his inclination for the Marathi film industry. After his brief appearance in Riteish Deshmukh's Lai Bhaari, it is about time we saw the superstar in a bigger role in Marathi films. According to reports, Salman will also be a part of a film on Shivaji Maharaj, directed by Ravi Jadhav. The film will also star Riteish Deshmukh.