Samantha to star in Raju Gari Gadhi 2 which also features her soon-to-be father-in-law, Nagarjuna Akkineni, in the lead role. 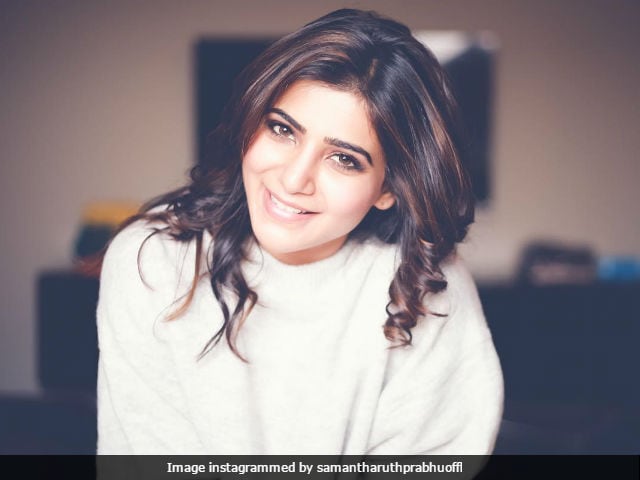 Actress Samantha Ruth Prabhu has been roped in for upcoming horror-comedy movie Raju Gari Gadhi 2, produced by Prasad V. Potluri, reports news agency IANS. The film also features Samantha's soon-to-be-father-in-law, Nagarjuna Akkineni, in the lead role. Raju Gari Gadhi 2 is a sequel to 2015 hit movie Raju Gari Gadhi which had Ashwin Babu and Dhanya Balakrishna in the lead roles. Anchor-turned-director Ohmkar's movie will be Dookudu actress' first horror film. "It's the first project she has signed since her engagement earlier this week. She plays a very pivotal role and she's very excited to be sharing screen space with her future father-in-law Nagarjuna. She will join the sets very soon," a source close to the actress told IANS.
A source close to the actress dismissed reports that Samantha is not getting as many offers ever since she announced her engagement to Naga Chaitanya. "She has been signing films. In fact, she's even more interested to work now as her beau Naga Chaitanya and his family is perfectly alright with her decision to continue acting. She's definitely not in the mood to stop acting," the source told IANS.
Initial reports had also suggested that actress Trisha will be a part of the film, however source close to the actress said: "She was among the few names that were being speculated. The truth is she was not even considered in the first place. The makers were on the lookout for a leading heroine and they finalised Samantha for the same."
Raju Gari Gadhi also stars Seerat Kapoor, Vennela Kishore and Shakalaka Shankar. The film is slated to be released later this year.
The 29-year-old actress was last seen in Trivikram Srinivas's 2016 romantic comedy, A Aaopposite Nithiin. She is currently working on films, Irumbu Thirai starring Vishal and Arya, and other two untitled films with directors, Thiagarajan Kumararaja and Ponram. Samantha Ruth Prabhu got engaged to actor Naga Chaitanya on January 29.
(With IANS inputs)