Santosh Sivan: My films are based on stories I read in school 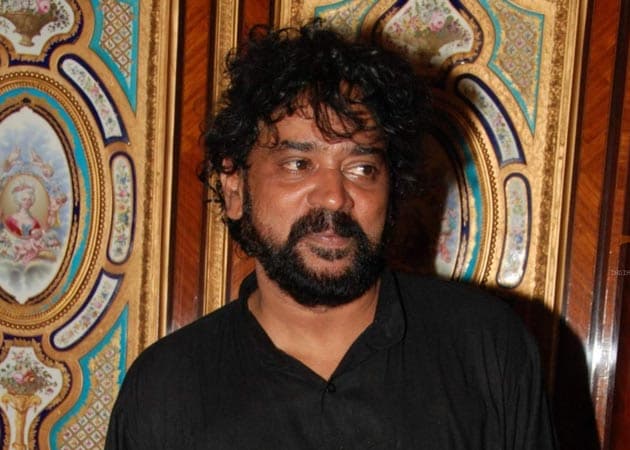 "All these stories I wanted to make into films. I wanted to get them out of my system," he said.

Cinematographer-filmmaker Santosh Sivan, known for directing films such as Halo and Asoka, says he has a fascination for tales and fables he heard during his schooldays, and therefore, most of his films are inspired by them.
"I have always been fascinated with the stories I read in school. Even Asoka is a story that was discussed in school. We used to go to sleep when Asoka's story used to be told in the classroom. The teacher wondered why and we told him that we don't like this king who stopped fighting," Santosh told IANS.
"All these stories I wanted to make into films. I wanted to get them out of my system," he said.
Another interesting aspect about Sivan is that he loves working with young artists as seen in his films Malli, Navarasa and Tahaan. When asked, Santosh said: "Working with children is easier because they don't have inhibitions. They are not worried about how they look on the screen unlike adult actors."
But while working with them, he said, "one should treat them like how a father treats his children".
"You can't change them to do something. But if you go with their flow, it becomes much easier. You can't force them, but at the same time you have to be a little firm," he said.
Santosh's forthcoming Tamil directorial Inam, releases on March 28 and revolves around a group of orphans during the Sri Lankan civil war.
Once again the filmmaker has teamed up with adolescents and teenagers.
What inspired him to make Inam?
"I met a Sri Lankan refugee, a woman, at a friend's place. She never told me she was a refugee, but her eyes had so much to say. That inspired me to think about the woman, who may have been really tested on survival grounds and forced to leave her homeland," he said.
"Most of my films explore the land as a character. So, I decided to make the film, but initially I restrained from making it because I found it controversial. But later I realised that if we don't tell our stories, then who will? Fortunately, BBC also came up with a lot of evidence, which I have used as part of research work for my film," he added.
Although shot against the backdrop of a war, he says, Inam is a "human story" and it is "not" controversial.
"I have not voluntarily tried to make a controversial film. I have been objective, discussed everything that needs to be discussed; it is a human story that unfolds against a war backdrop, which you can relate to even though it's about war," he said.
Besides popular Tamil actors Saritha and Karunas, Inam features a lot of unfamiliar actors, who were cast because Santosh wanted them to look "believable" on the screen.
"The advantage of having unknown actors is that they become believable. Even young people who go to fight, there is something in their eyes that wants you to believe that they don't want to fight, but they still are going to do it," he said.
Santosh, also a celebrated cinematographer, feels direction is most challenging. He was recently awarded the coveted Padma Shri award as well. He calls cinematography a "zen process".
"Cinematography expects you to go out in the morning, appreciate nature because it's always on time. If you spend a lot of time with nature, you can predict it. It also has tensions because it's a collective art," said Sivan, who has worked as a cinematographer on films such as Roja, Raakh, Iruvar and Thuppakki.
"I don't see all this as work. That's why I shoot very few films as I want to enjoy every bit of my shooting. I want to be a boat that can travel to the interior and I don't want to be ferry shooting one film after another," he added.