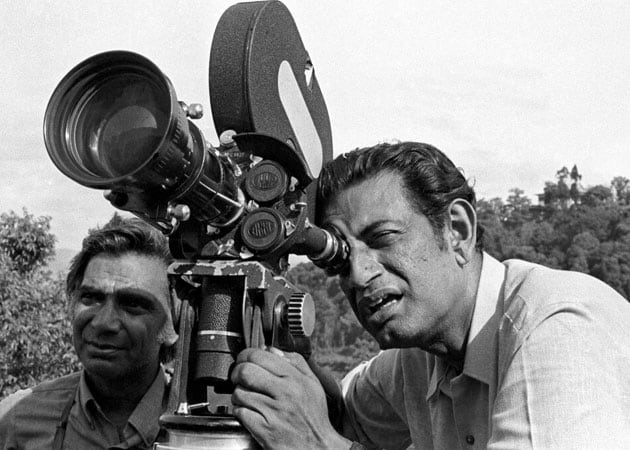 Veteran actor Dhritiman Chatterjee, who began his acting career with Satyajit Ray, believes the legendary filmmaker was in control of every aspect of his craft.

Veteran actor Dhritiman Chatterjee, who began his acting career with the legendary filmmaker Satyajit Ray, believes Satyajit Ray was a complete filmmaker and in control of every aspect of his craft.
"My experience with every director is valuable to me. But Satyajit Ray was a complete filmmaker with full control on all aspects of cinema whether it was the screenplay, costumes or cinematography.
"The most distinguishing characteristic of Satyajit Ray was that he was extremely planned. Before the shoot of a film would begin he would have worked out all the details," Mr Chatterjee told PTI on the sidelines of centenary film festival here. Satyajit Ray's 1970 film Pratidwandi, starring Mr Chatterjee, was screened at the festival.
Mr Chatterjee who has had a four-decade long career in cinema started his journey with Pratidwandi. The actor later worked with directors like Mrinal Sen, Aparna Sen, Deepa Mehta, Jane Campion among others.
"Delhi seems to play a part in my association with Ray. I was a student of Delhi university when me and bunch of my friends started its first film society. We were also trying to bring out a journal for which we met the legendary filmmakers of our time including Satyajit Ray, Mrinal Sen, Shyam Benegal in Kolkata."
Mr Chatterjee said three years later when Satyajit Ray was looking for someone to play the lead in Pratidwandi, he called the actor. "I had a meeting with him, we discussed the character and I was selected for the role."
Nostalgic about his first film, Mr Chatterjee said, "It was my very first film and it has passed the test of time. It was a cult film. It was overwhelming to see that even 43 years later there were queues outside the auditorium to watch the film."
Though the actor's own film, Pratidwandi does not feature in his list of Satyajit Ray's remarkable works. His all-time favourite Ray films are Aparajito and Charulata. The actor says his criteria of taking up a project depends upon his comfort-level with the director and screenplay of the film. As as actor he believes director's vision is paramount.
Mr Chatterjee, who has been a part of critically acclaimed Bengali films like Padatik and 36 Chowringhee Lane, said audiences are taking the cinema movement forward in Bengal.
"There was a period from late 80s to 90s when Bengali cinema was producing real slump. But there has been a resurgence in audience. They are aware of the cinematic trends elsewhere and do not want escapism. There is also emergence of young filmmakers who are able to address these issues."