Satyajit Ray's The Apu Trilogy Restored, Set For US Release 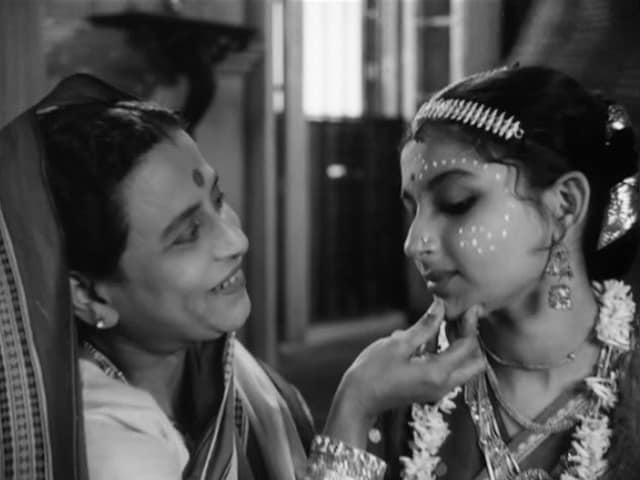 A still from Apur Sansar.

During the restoration, emphasis was placed on retaining the look and character of the original material

Indian master filmmaker Satyajit Ray's masterpiece The Apu Trilogy has been restored and will be released in US theatres starting May 8 by Janus Films, leading distributor of classic foreign films.
The restoration of this trilogy that helped bring India into the golden age of international art-house cinema was long thought to be impossible, after a fire severely damaged the original negatives in 1993.
New technology made the restoration possible from material salvaged by the Academy Film Archive from whatever was left of the original negatives, according to a media release.
The three films - Pather Panchali (Song Of The Little Road), Aparajito (The Unvanquished) and Apur Sansar (The World Of Apu) - will start US re-release in New York City on May 8.
It will be followed by releases in Los Angeles, San Francisco, Washington DC, Philadelphia, Boston, Detroit, and Houston.
The films with new subtitles will play at the country's top arthouse cinemas throughout the summer.
Based on two books by Bibhutibhusan Banerjee, The Apu Trilogy follows one indelible character, a free-spirited child in rural Bengal who matures into an adolescent urban student and finally a sensitive man of the world.
The films, shot over the course of five years and featuring different actors playing the maturing Apu, are considered essential works for any film lover.
Martin Scorsese said that watching the films was, "One of the great cinematic experiences of my life." Akira Kurosawa said, "Never having seen a Satyajit Ray film is like never having seen the sun or moon." In 1993, a year after Satyajit Ray won the Honorary Award from the Academy of Motion Picture Arts and Sciences, a project was initiated to restore his films, including The Apu Trilogy.
En route to Los Angeles, many of the negatives were temporarily stored at London's Hendersons Film Laboratories. There, a massive nitrate fire at the lab spread to the film vaults, and the original negatives were feared lost forever.
The Criterion Collection in association with the Academy Film Archive at The Academy of Motion Pictures Arts and Sciences teamed up with L'Immagine Ritrovata in Bologna, one of the world's premiere restoration facilities.
Close to a thousand hours of meticulous hand labour were spent to rehydrate the brittle film, rebuild sprocket perforations on the sides of the film and remove melted tape, glue and wax.
Using fine-grain masters and duplicate negatives preserved by Janus Films, the Academy, and the British Film Institute, suitable replacements were found for the non-usable or missing sections of the original negatives.
In the end, 40 per cent of Pather Panchali, and more than 60 per cent of Aparajito was restored directly from the original negative.
The restoration of Apur Sansar comprised a fine grain and a safety dupe negative, as the original negative was too damaged by the fire to be usable.
Over the course of six months of steady work, the Criterion Collection restoration lab handled the digital restoration.
Emphasis was placed on retaining the look and character of the original material, when necessary preferring to leave damage rather than over-process digital images that might lose the grain and feel of the film.
Peter Becker, President of the Criterion Collection and partner in Janus Films said, "This monumental restoration and national re-release is the culmination of seven years of work by dozens of people on three continents from the Academy Film Archive, the Cineteca di Bologna and our own team at Criterion."