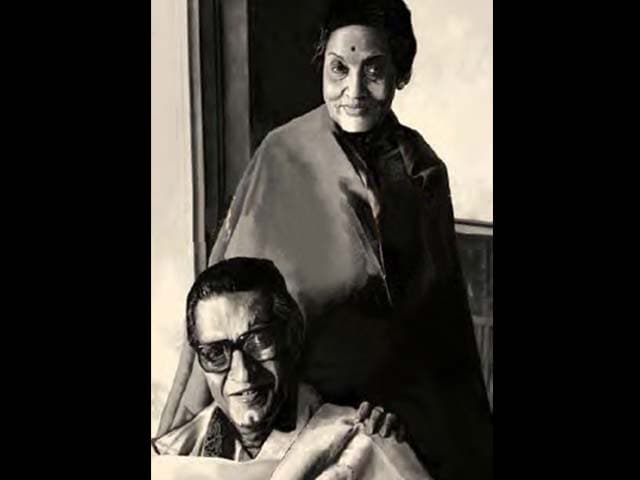 A gifted Rabindra Sangeet singer, who also acted in a few films, Bijoya Ray married her first cousin Satyajit in 1949 after years of courtship

Film maestro Satyajit Ray's widow Bijoya Ray, a lifelong inspiration for the filmmaker, died at a private nursing home here on Tuesday following an acute pneumonia attack, a spokesperson for a nursing home said.
Bijoya Ray, 98, is survived by her filmmaker son Sandip, daughter-in-law Lalita and grandson Souradeep.
"She was admitted to our nursing home on Saturday noon following an acute pneumonia attack. She was under the treatment of physician Swapan Pal. She passed away at 6.06 pm," Belle Vue Clinic chief executive officer P Tondon told IANS.
She had been put on ventilator support as her conditioned worsened after admission.
Bijoya Ray was born Bijoya Das to Charu Chandra Das, a barrister and Madhuri Devi, younger sister of nationalist leader 'Deshbandhu' CR.Das's wife Basanti Devi.
A gifted Rabindra Sangeet singer, who also acted in a few films, Bijoya Ray married her first cousin Satyajit in 1949 after years of courtship.
Bijoya Ray remained a big influence on Satyajit Ray and continued to inspire him till his death in April 23, 1992.
She even pawned all her jewellery when Satyajit Ray ran out of money during the shooting of Pather Panchali, a landmark film that broke Indian stereotypes to create a new idiom of film viewing in India and placed the country on the map of global cinema.
She was always the first person that Satyajit Ray read out his film scripts to, and he often modified those based on her suggestions.
Among the films she acted in was 1944's Sesh Raksha in which she also did a playback.
West Bengal Chief Minister Mamata Banerjee and ministers Firhad Hakim and Arup Biswas, rushed to the nursing home to pay tribute to her after they heard the news of her death. tributes.
Ms Banerjee wrote on Twitter


Deeply saddened at the demise of Bijoya Roy. Am on the way to pay my condolences to Sandip Roy and rest of the family