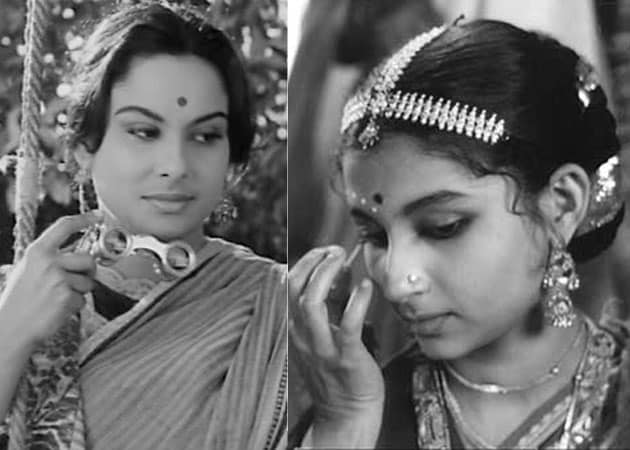 Satyajit Ray, known for having the "director's gaze", harboured a "deep respect" for women and portrayed them as having more moral strength than men.

Satyajit Ray, known for having the "director's gaze", harboured a "deep respect" for women and portrayed them as having more moral strength than men in various roles other than the stereotyped idea of a "woman belonging to the kitchen", say the filmmaker's leading ladies.
Actresses Sharmila Tagore, Aparna Sen and Madhabi Mukherjee still turn euphoric while recounting their experiences of working with the Oscar-winning director, even more than 20 years after his death.
And this came out vividly during a late evening session called Nayikar Bhumikay - Satyajiter Nari Charitra (Playing the Actress - Satyajit's Women Characters), at the Kolkata Literary Meet Saturday.
"He had a deep respect for women. He had told me once that probably because women were not equal to men in terms of physical prowess, they were much powerful when it came to moral strength and his female characters showed that," said Aparna, who debuted as an actress in Mr Ray's 1961 film Teen Kanya (Three Daughters) based on three short stories by Rabindranath Tagore. A well-knonw director now, Aparna, 67, played Mrinmoyee in the story Samapti.
Veteran actress Sharmila Tagore, who started her celluloid sojourn with Mr Ray's creation Apur Sansar - the final film in the Apu Trilogy - in 1959 at the age of thirteen, agreed.
"He had the director's gaze that's what made him famous. He did a variety of films spanning different eras and showed what women could do during that period, in the given situation and according to the time. He was true to the time," said Sharmila.
After Apur Sansar, Mr Ray cast Sharmila as Dayamoyee in Devi, before she went on to become a very successful actress in Hindi films. She returned to work in Ray's films - Nayak, Aranyer Din Ratri and Seemabaddha.
"He introduced me to cinema. If it hadn't been for him, I wouldn't have become a film actor because I did not want to become one.
"I was a school girl. He found me in front of the school and he changed my life. He introduced me to this wonderful world and I am sitting and talking with you," said a grateful Sharmila, 68.
According to veteran Bengali actress Madhabi Mukherjee, best known for the title role in Satyajit Ray's masterpiece Charulata, Ray's films prescribed for women what should be done in response to the problems they faced in society.
"There was an idea that women belonged to the kitchen, but Mr Ray brought them out from there. His films gave an idea about what should be done about the problems they faced in society," said Madhabi.
According to Madhabi, Mr Ray (or Manik da as he was popularly called) brought the audiences back to the era of silent films as his craft stressed on watching the story unfold rather than being laced with dialogues. "He preferred that people watched and observed the movie rather than paying attention to dialogues. His narratives were more visual," she said.
Sharmila, who called Mr Ray a mentor, said his films are "contemporary" and relevant even today across the world. "Wherever I go, be it Paris, Los Angeles etc., I see people enjoying his films. They appreciate them so much. His films are contemporary and are relevant even today. "When I reached a mature age and looked back at the films and thought of Manik da, I see I understand the film so much better. Looking back I discovered him and I continue to discover him. So I am a great fan, will remain so and he means a lot to me," said Sharmila.
Aparna echoed. "Without him I wouldn't be me." Madhabi said Satyajit Ray was true to his roots. "He used to watch a lot of English films but he was always true to his roots," she said.