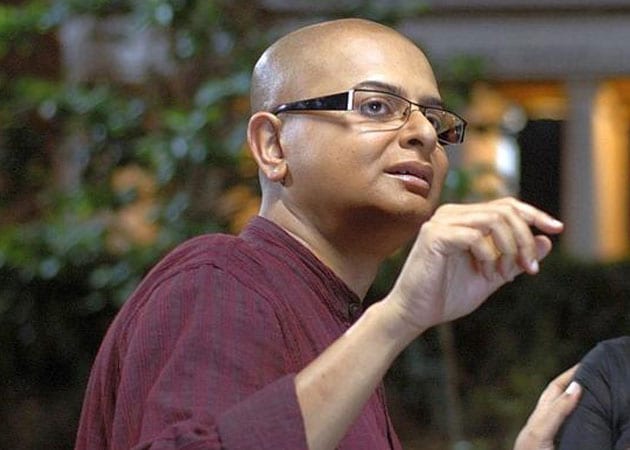 Rituparno Ghosh was behind masterpieces like Chokher Bali and Raincoat.

Terming Satyaneswi 'special' as a Rituparno Ghosh swansong, Abir Chatterjee, the other Byomkesh, said there couldn't have been a better choice than Kahaani maker Sujoy Ghosh as the sleuth in Saradindu flick.

Terming Satyaneswi 'special' as a Rituparno Ghosh swansong, Abir Chatterjee, the other Byomkesh, said there couldn't have been a better choice than Kahaani maker Sujoy Ghosh as the sleuth in Saradindu flick.
"I liked the frames, I liked the look, I loved the unique references to our epics which are all a Rituda hallmark. I liked how he brought the mythological Mareech to the story format," Abir, who had essayed Byomkesh in two hugely popular films by Anjan Dutta, said.
"And after seeing Satyaneswi I believe casting Sujoyda as the principal lead was a right choice," he said to a question.
"We all miss him this day. There is his touch in the film," Madras Cafe maker Shoojit Sircar said.
Sujoy, the debutante actor, said, "I am keen to know the audience feedback as only Rituda could make me face the camera and I am not keen to do an encore again."
Sujoy recalled how the director of The Last Lear called him up one day and offered the role. "There is something in his voice and approach that you can't say no and it was such a blow when he went missing on that day," he said referring to the sudden demise of the director on May 30.
"Rituda was conspicuous in every frame and we miss him now and every day," screen Ajit in the movie, band lead singer-music director-magazine editor Anindyo Chattopadhyay said.
Satyaneswi, produced by Venkatesh films, was premiered on September 5, with tributes paid to the master craftsman of Chokher Bali.