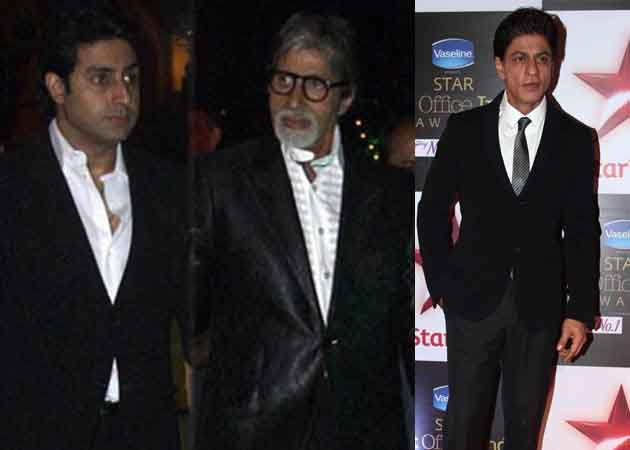 Big B, Abhishek, Ash and Jaya Bachchan will attend the ceremony along with actor Shah Rukh Khan

A special section has been earmarked as a tribute to legendary Bengali actress Suchitra Sen, where seven of her films will be screened

The 20th edition of the Kolkata International Film Festival (KIFF) beginning on November 10 will see 15 films by women directors from across the globe competing for the top jury award.

Boasting of a rich oeuvre of 137 films from 60 countries, the festival will see 40 international delegates and 15 segments. There will be 31 Indian films, including 13 Bengali films. It will conclude on November 17.

"It will be bigger and better. This year onwards we will start competitive segments. For the 20th edition, the award theme is international women directors," said KIFF director Yadab Mandal.

"We received 72 entries from across the world, out of which we have selected 15 which will be screened and will be in running for the Royal Bengal trophy," said Mandal.

The focus will be on cinema from Arab nations and a special section has been earmarked as a tribute to legendary Bengali actress Suchitra Sen, where seven of her films will be screened. She died on January 17 this year in Kolkata.

"Her films like Agni Pariksha, Chawa Pawa, Aandhi and others will be screened for the retrospective," said Mandal.

Additions include a 'Bengali Panorama' section where five films by Bengali filmmakers will have their world premiere.

"The Satyajit Ray Memorial lecture will be delivered by director Govind Nihalani," said Mandal, adding the screening locations will be spread across 12 venues.

A 'Children Screening' section and 'French Classics' segments are the other highlights.

The inaugural ceremony will be presided over by West Bengal Chief Minister Mamata Banerjee.

Superstar Amitabh Bachchan and his family, including wife and veteran actress Jaya, son and actor Abhishek and actress-daughter-in-law Aishwarya will dazzle at the ceremony with Shah Rukh Khan, also the state's brand ambassador.

"The closing ceremony will be the award ceremony and we have received confirmation from director Farah Khan and actress Rani Mukerji," he said.