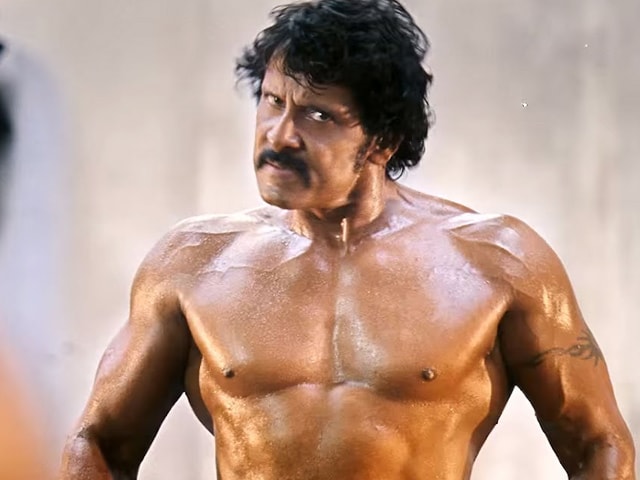 Vikram in a still from I.

Filmmaker Shankar hasn't tried to offend the transgender community in his Tamil magnum opus I, says popular makeup artist Ojas M Rajani, who essayed an important role in the film.
Shankar's portrayal of Ojas, a transgender, in his film was not received well by some in the transgender community, who have demanded a "public apology" from the filmmaker after protesting in front of his residence on January 19.
"Shankar didn't try to demean my character as a transgender. In fact, he shot it so aesthetically that it doesn't offend anybody, including the transgender community. It's just part of a story of the film and I requested everybody to not get offended," Ojas said in a statement.
In the film, Ojas lusts over actor Vikram. This had not gone down too well with many people. I also stars actors Amy Jackson and Upen Patel and is having a successful run at the box office.