I have already met him (Madhavan) once and we hung out socially. I was awestruck by his simplicity and totally charmed by his persona," Shraddha, who stars opposite Madhavan in Vikram Vedha 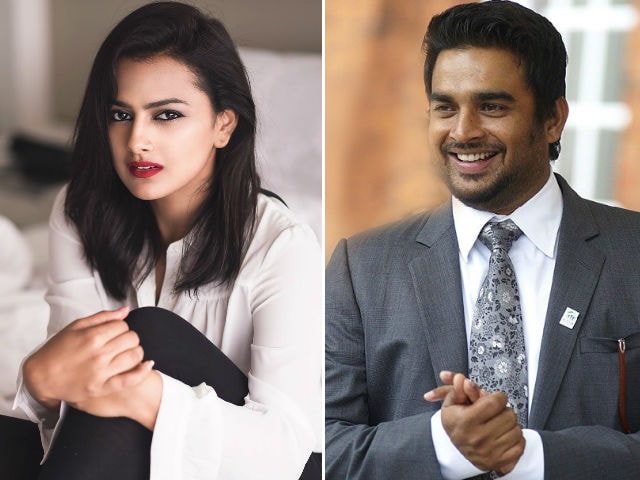 This image was posted on Instagram by Shraddha Srinath and Madhavan

Actress Shraddha Srinath, who is excited about teaming up with R Madhavan in the upcoming Tamil gangster drama Vikram Vedha, says she was awestruck by the actor's simplicity.
"I'm super excited. I have already met him (Madhavan) once and we hung out socially. I was awestruck by his simplicity and totally charmed by his persona," Shraddha, who is paired with Madhavan in the film, told IANS.
Director duo Pushkar-Gayatri will helm the project.
Shraddha is equally excited about sharing screen space with Vijay Sethupathi.
"I recently caught up on some of Vijay Sethupathi's films and since then I have been waiting to work with him too," she said.
The actress sees this "as a great opportunity to work with Pushkar and Gayatri who make a great director duo and they complement each other so well."
The project, which also stars Varalaxmi Sarath Kumar and Kathir, will be set against the backdrop of North Chennai.
Currently busy with the Tamil film Ivan Thanthiran, Shraddha also has ace filmmaker Mani Ratnam's Kaatru Veliyidai and a few of Kannada projects in her kitty.
(Except for the headline, this story has not been edited by NDTV staff and is published from a syndicated feed.)