Shruti Haasan Tried Humour in Her 'Own Way' in Ajith's Vedalam 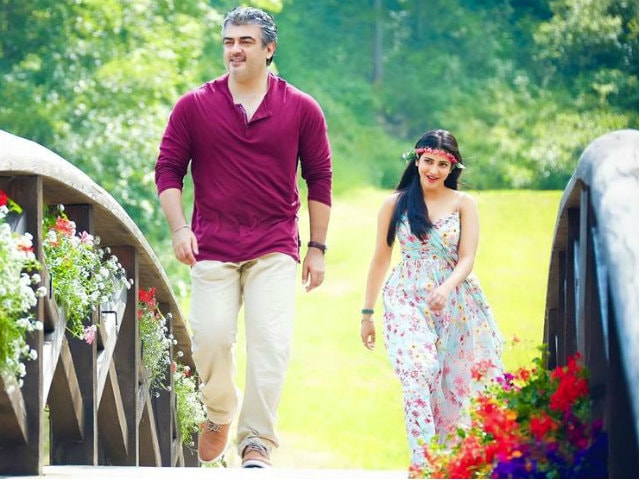 A still from Vedalam.

Excitement spills all over Shruti Haasan's voice as she talks of Ajith's Vedalam. Shruti says that Vedalam would be her first stint at comedy. "Yes, attempting to make people laugh is the toughest challenge for an actor. You can't call my character a comical one, but yeah, I have tried humour in my own way"

Excitement spills all over Shruti Haasan's voice as she talks of Ajith's Vedalam. "I play an important character, that of a lively urban girl, in the film. The director believed I could easily carry off the role which had a funny side to it. And I think I have lived up to his expectation". Shruti also says that Vedalam would be her first stint at comedy. "Yes, attempting to make people laugh is the toughest challenge for an actor. You can't call my character a comical one, but yeah, I have tried humour in my own way". Shruti calls the entire shooting schedule an awesome experience. "With such a down-to-earth star like Ajith, a director who knows his craft and an energetic team, it was tough not to have fun", she exclaims.
Diwali dhamaka doubled 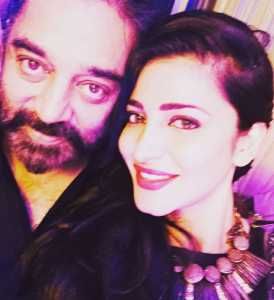 Image courtesy: iflickz
Shruti is very happy about the way Thoongavanam has shaped out. "It's a stylish action-packed thriller which would showcase dad in a completely new persona, very different from the one he played in Papanasam. Very rarely do we get to see two big festival releases from the same family, and I am honored to be part of it. I am praying for the huge success of both the films." ( Read Review )
Shruti laughs it off when we ask her about her contribution to the music of Thoongavanam. "Yes, I know dad mentioned me as the source for his knowledge about the genre of electronic music called glitch, but for a man who has sought and learnt everything from Carnatic to heavy metal, I think he is only being modest. But the real credit should go to Ghibran, who has pulled it off brilliantly. He is an insanely talented musician, whose Uttama Villain album took experimentation in music to another level. I feel the background score in Thoongavanam is truly world class."
So what makes Shruti says yes? "I would like to sign more performance-oriented roles. But at the same time, I also look for variety. My recent role in the Hindi family entertainer Welcome Back excited me a lot. For me, the impact my character has on the audience has always mattered more than screen time. That's why I did D-Day in Bollywood. And I am happy with that approach." On successfully juggling three Indian film industries, Shruti says the ultimate difference is not at all geographical. "It is more to do with the temperament of the units and the teams involved. I am comfortable working in all three", she smiles.
My music was never understood


Image courtesy: iflickz
Shruti, going by her genes, has also recently launched her own production venture called Isidro. "Yes, I felt I needed to unearth and support young talent. Coming back from music school some years ago, my kind of music and lyrics were never really understood. My dad gave me the opportunity later in Unnai Pol Oruvan after he was convinced that I had it in me. And now, for my part, I would like to lend a helping hand to independent short films and new-age musical content." Shruti intends to start her first project under the Isidro label within a few months.
As she signs off, we ask her top favourites among the characters she has played. "Janani in 3 and Charuseela in Srimanthudu, both of them would always be close to my heart", she concludes.