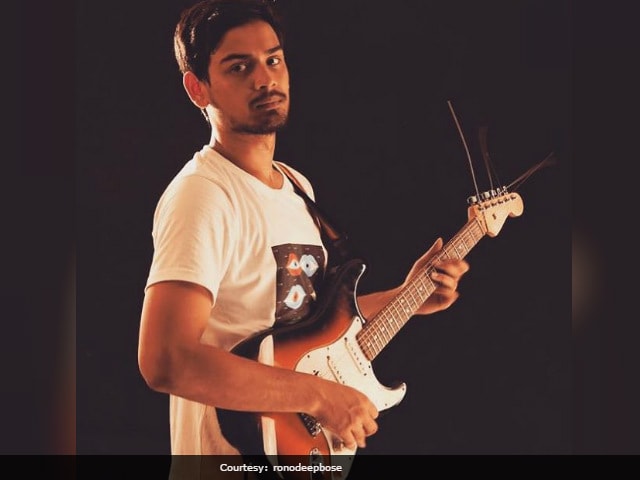 Actor Ronodeep Bose, veteran actor Soumitra Chatterjee's grandson, met with an accident in Kolkata during the wee hours of Friday, and is currently admitted at Institute of Neurosciences, which is located near Park Circus, reported news agency PTI. Ronodeep was riding pillion on his friend's bike and is reported to be on his way back from a show on Friday, informed PTI. Ronodeep's bike crashed into a wall of concrete in the New Alipore area at around 2 am on Friday when both Ronodeep and his friend were seriously injured. Ronodeep suffered injuries in the head while his friend Joydeep, who was on the driving seat, suffered multiple fractures, PTI reported the police as saying. Ronodeep is currently under treatment at the hospital, PTI reported a filmmaker, who has worked with the actor as saying.
Ronodeep reportedly underwent major brain surgery and is improving well, said a Times Of India report citing sources. "He's reacting well to medications and that's a positive sign. However, we will have to wait for another 4 days to ensure that he's out of danger," Times Of India quotes the doctors of Institute of Neurosciences as saying.
Ronodeep Bose, 35, has been critically acclaimed for his roles in films like 2012's Dutta Vs Dutta, 2015's Family Album and Kamaleswar Mukhopadhyay's film Khawto, which released last year. Ronodeep Bose has worked with well-known directors like Anjan Dutta, Moinak Bhowmik and Qaushiq Mukherjee. He has also featured in significant roles in 2015 fantasy drama Ludo and 2011's historical film Egaro.
(With PTI inputs)