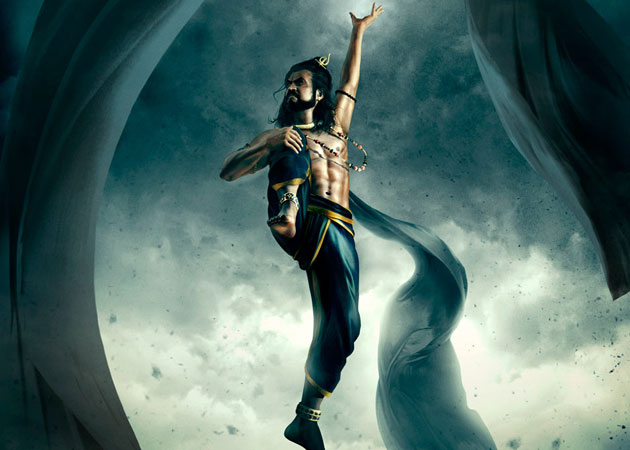 The film, which also marks Rajinikanth?s return to the big screen for the first time since 2011?s Ra One, will release on May 9

After his stint in Kochadaiiyaan, it seems Rajini has embraced technology

Debutant director Soundarya R Ashwin makes no bones about the fact that her father's presence in her movie Kochadaiiyaan is the major pull for the movie. She however hopes people don't underestimate the power of the new technology used in the entertainer.
Kochadaiiyaan, a period drama, is said to be the country's first 'photo-realistic performance capture' entertainer. Of course, people are curious about experiencing the new technology, but Soundarya knows that a majority of viewers will pour in only because it's a Rajinikanth-starrer. (Also Read: Soundarya feels that her father could do the impossible)
"There's no doubt about it that people will come to watch my father's performance. That's hundred per cent true. But I think anything new requires something that pulls you towards it and as far as Kochadaiiyaan is concerned, it is not just the new technology that attracts you first, but the fact that it is a Rajinikanth film in a new technology," Soundarya, Rajinikanth's younger daughter, told IANS here.
"Dad is shouldering the film totally, and I need to thank him for bringing this technology to the country," she added.
For the film, Soundarya has used the performance capture technology, where the performance of the actors is captured and a virtual image of the character is created. She recently said that she wanted to immortalise her father, and she has done it with Kochadaiiyaan, which is releasing on May 9.
Rajinikanth had earlier said that he hardly knows anything about technology. In that scenario, one wonders how Soundarya convinced the 63-year-old to be part of such a project.
Explaining how she pitched the film to him, she said: "This was during the time when my father was recovering from his illness. We didn't want him to go through any physical strain, and the advantage of this technology is that it's very less physical strain on the actors. But it's a lot of traumatic mental strain on the animators at a later stage because once the actors finish the job, we (animators and technicians) go into the studios and then create the real thing.
"Everything you see in Kochadaiiyaan is created. So when I approached him with the concept, he believed in the story and he believed that this technology could do justice to the story. Also, he believed I could pull it off. That's why he agreed."
After his stint in Kochadaiiyaan, it seems Rajini has embraced technology. A case in point is his presence on social networking site Twitter, which has fetched him an overwhelming response from the fans.
Soundarya believes that the fact that a film like Kochadaiiyaan is releasing in the country is a mark of the growth that Indian cinema has witnessed over its 100 years of existence.
"We have gone from black and white, to colour to stereoscopic, and now Indian cinema has moved to performance capture. We are moving ahead and that is good," added the 29-year-old.