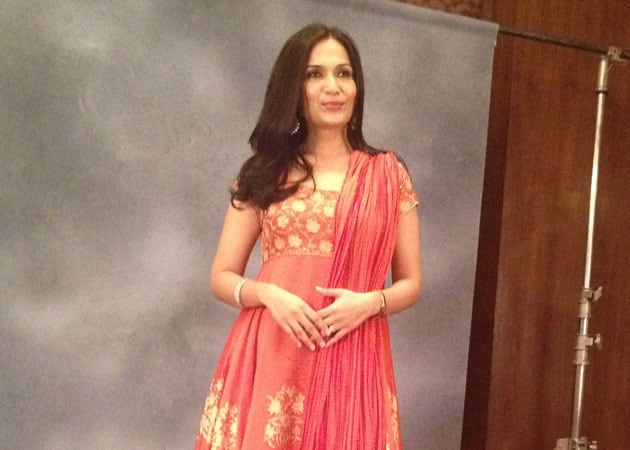 Soundarya R Ashwin, the younger daughter of Rajinikanth, is the director of Kochadaiiyaan

Soundarya R Ashwin, whose debut directorial Kochadaiiyaan happens to be the country's first photo-realistic performance capture entertainer, says gender is no longer an issue - neither within nor outside the entertainment space.

Soundarya R Ashwin, whose debut directorial Kochadaiiyaan happens to be the country's first photo-realistic performance capture entertainer, says gender is no longer an issue - neither within nor outside the entertainment space. She is proud that she brought in new technology in the nation's filmmaking industry.
Kochadaiiyaan, featuring Soundarya's father and megastar Rajinikanth in the lead, released Friday. When the film's Hindi trailer was launched in Mumbai, Bollywood icon Amitabh Bachchan said the project is a mark of women empowerment "at its best". (Also read: My Father Can Do the Impossible, Says Rajinikanth's Daughter Soundarya )
The compliment is "etched" on Soundarya's heart.
"I am proud to be a woman. I think gone are the times when it is about the gender in an industry. Recently, I was at an airport, and people were telling me about how many women captains and pilots are coming up. It's not just in entertainment. I don't think it is any more a question about 'why a woman' and 'how a woman'," she told IANS. (Also read: Soundarya Rajinikanth: Hope Animation is Accepted as an Alternate Filmmaking Medium Post Kochadaiyaan )
"We have reached a time when women are stepping out there, and if I bring pride to women by being the first woman doing a motion capture film, it's an honour. I'm glad," added Soundarya, who is Rajinikanth's younger daughter.