This picture was posted on Facebook by Amala Paul

Southern actress Amala Paul married Tamil filmmaker Vijay here on Thursday in a traditional South Indian style wedding. The occasion was graced by many members of the Tamil film fraternity. (Also Read: Amala Paul not confirmed to be Dhanush's heroine in Tamil thriller )
While Amala was dressed in a red Kanjivaram sari, Vijay was draped in a sparkling white dhoti and shirt. 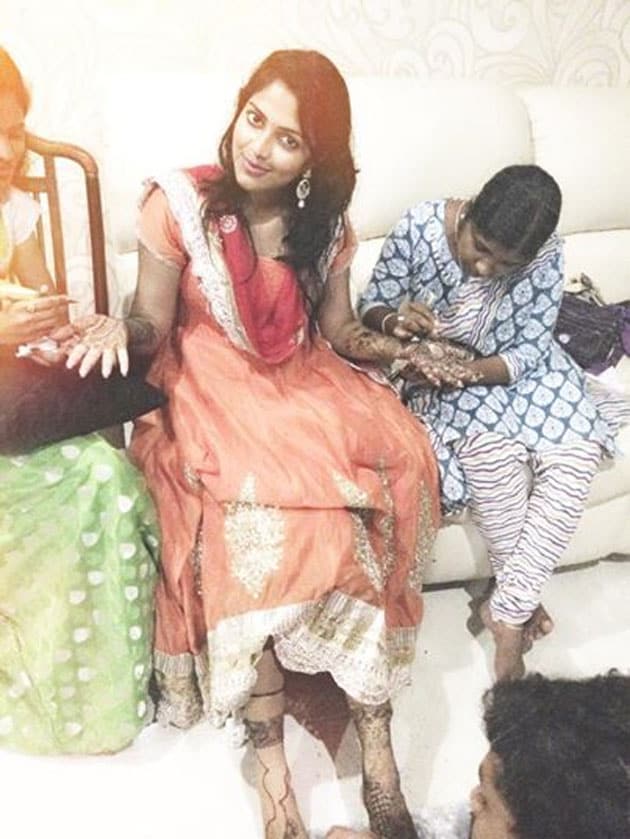 This picture was posted on Facebook by Amala Paul
The couple will host a grand reception on Thursday evening, for which Amala will be seen in designer Sabyasachi Mukherjee's creation. She will wear jewels from Amrapali and Joy Lukas.
Industry members who attended the wedding and blessed the couple included Mani Ratnam, Jagapathi Babu, Vikram, Arya, Bala, Jeyam Raja, Abbas, Krish, Sangeetha Krish and Samuthirakani.
Vijay and Amala recently got engaged in Kerala in a church. They fell in love on sets of the Tamil film Deiva Thirumagal and had been dating for nearly three years.