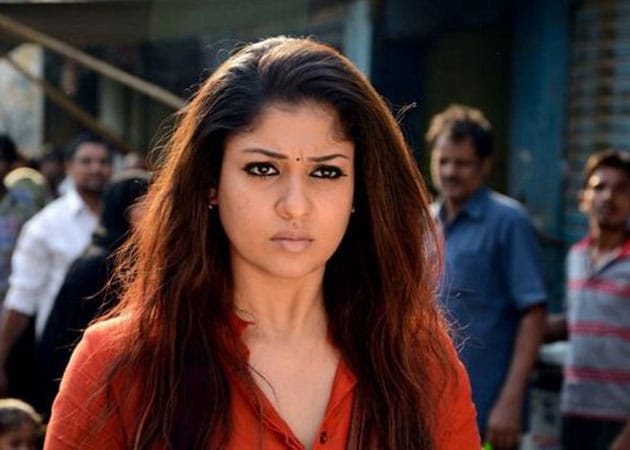 Nayantara in a still from the movie Anaamika, a Southern remake of Kahaani

Bilingual movie Anaamika, the southern remake of Bollywood film Kahaani, will hit the big screens around the festival of Dussehra in October.

Bilingual movie Anaamika, the southern remake of Bollywood film Kahaani, will hit the big screens around the festival of Dussehra in October. Its lead actress Nayantara says she is thrilled about the movie.
The Tamil and Telugu remake is directed by Sekhar Kammula, who plans to complete the film by mid-July.
For Nayantara, "it's an honour to have worked with a critically acclaimed and award winning director like Sekhar".
"I'm thrilled to be a part of this project which gave me an opportunity to play a strong female character. With a completely new look in Anaamika, I hope that the audiences would appreciate the film and my role," Nayantara said in a statement.
In the Hindi film Kahaani, directed by Sujoy Ghosh, the National award-winning actress Vidya Balan played the powerful role of Vidya Bagchi.
The bilingual remake is currently being filmed with the cast at a fast pace across Hyderabad at real locations like Murgi Market, Choodi Bazaar, Sultan Bazaar, Charminar and Begum Bazaar.
The director says "this adaptation in design and appearance of the characters is completely different" from Kahaani.
"I hope it excites my audience. It's always challenging to make interesting movies and Anaamika is a challenge I have thoroughly enjoyed," added Sekhar.
Anaamika marks the debut of Viacom 18 Motion Pictures in the Telugu and Tamil market and is being co-produced by Endemol India, Logline Productions Pvt. Ltd and Select Media Holdings.