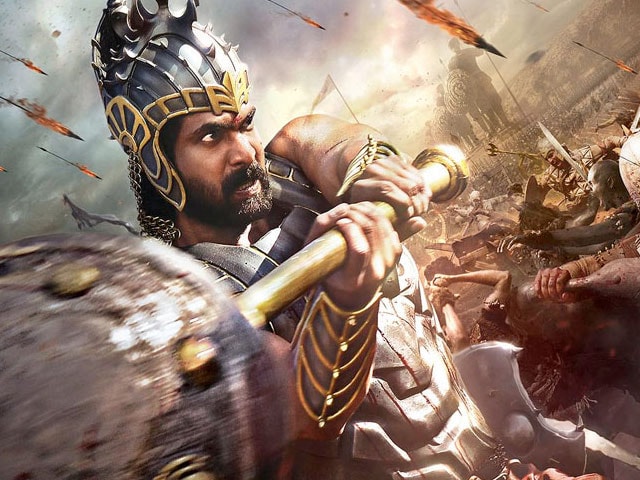 A poster of Baahubali featuring Prabhas.

The Hindi version of the film, which was presented by filmmaker Karan Johar has collected over Rs 50 crores

SS Rajamouli's magnum opus Baahubali has become the first south Indian film to collect a whopping Rs 300 crores in just nine days, confirmed a trade analyst. It has surpassed the previous record held by superstar Rajinikanth's Enthiran, which had collected approximately Rs 290 crores at the box office.
"As of Saturday, the film has grossed Rs 303 crore worldwide," trade analyst Trinath told IANS.
"The Hindi version of the film has netted over Rs 50 crores, setting a new record for a dubbed film. Despite the onslaught of Bajrangi Bhaijaan, the numbers of Baahubali have not been affected," he said.
A mythological drama about two brothers at war for a kingdom, the film stars Prabhas, Rana Daggubati, Anushka Shetty and Tamannaah Bhatia in the lead roles.
The second part in the Rs 250-crore franchise is slated for release next year.