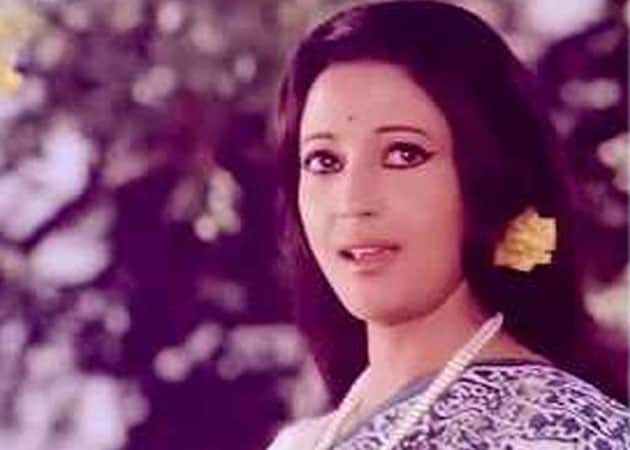 Suchitra Sen was admitted to the hospital in December 23, 2013.

Veteran actress Suchitra Sen is still in critical condition though conscious and is surviving on constant oxygen support through endotracheal tube.

Veteran actress Suchitra Sen is still in critical condition though conscious and is surviving on constant oxygen support through endotracheal tube.
A medical bulletin issued by Belle Vue Clinic, where she is admitted since December 23 following a respiratory tract infection, said the 82-year-old actress is on BIPAP therapy through an endotracheal tube after which her oxygen saturation level in blood and other ancillary blood reports are satisfactory.
Doctors attending her said after a sudden deterioration last evening, her medical condition has now stabilised and her heart rate and blood pressure are also stable.
Her low food intake has made her weak and the doctors have intensified her nutrition therapy.
The veteran actress has also been seen by Dr Dhiman Ganguli, Dr Pawan Agarwal and Dr Sunil Baran Roy. Besides senior physician Sukumar Mukherjee was also consulted by the medical board led by critical care specialist Dr Subrata Maitra.
The medical team stayed overnight at the hospital to monitor the health of their star patient. Ms Sen's daughter Moon Moon Sen, a Bengali actress and mother to starlets Riya and Raima, has also been staying at the hospital for very long hours.
Security cover was increased at the hospital by Kolkata Police as fans are anxious to get a glimpse of the yesteryear star, who has not been seen in public for the last three decades.
Ms Sen was the first Indian actress to win the best actress award internationally at the Moscow Film Festival.
She had starred in memorable Hindi films like Devdas, Aandhi and Saat Paake Bandha, Agnipariksha, Saptapadi and Deep Jwele Jai in Bengali.